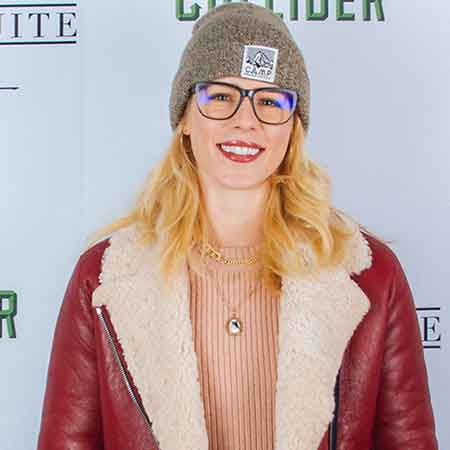 The two times MTV award-winning actress, Emily Bett Rickards is known for her role as Felicity Smoak in The CW television series Arrow. Furthermore, her other notable roles are in The Flash, Vixen, Legends of Tomorrow, and Supergirl.

Emily Bett Rickards was born on 24th July 1991, in Vancouver, Canada. Her mother Dr. Diane Greig is a dream psychotherapist in Vancouver, BC. She belongs to a Candian nationality. Since her young age, Rickards introduced herself in musical theatre, dance and further in acting.

In 2012, Emily Bett Rickards made her acting debut through the movie Bacon and Eggs as Dite. Since then Rickards has starred in numerous movies including,

For her role in Arrow, Rickards has won two MTV awards.  Likewise, her other television appearances are,

Rickards plays the role of Felicity Smoak / Overwatch in the series The Flash since 2014. Furthermore, she also portrayed the same role in the series Supergirl in 2017.

Emily Bett Rickards is often seen linked with new partners onscreen. But what about her offscreen relationship? Well, 26 years old Rickards is not married yet and is currently single.

However, Rickards was once romantically linked with her Arrow co-actor, Colton Haynes.  The duo began dating back in 2013. But the things didn’t go well in between the couple so they finally separated within a short period of time.

Since then, Rickards hasn’t dated any other guys yet. Furthermore, there are no any rumors of her any affairs too. Rickards might be focusing on her career rather than being in any relationships.

As being such a renowned actress, Emily Bett Rickards earns a decent amount of money from her acting career. She has starred in several popular movies and television. Allocating information from several sources as of 2018 it is found out that Rickards current estimated net worth is around $4 million.

Rickards owns a dog named Ophie and she often shares pictures of her dog on her Instagram. Moreover, Rickards often visits new places during her vacations along with her friends.