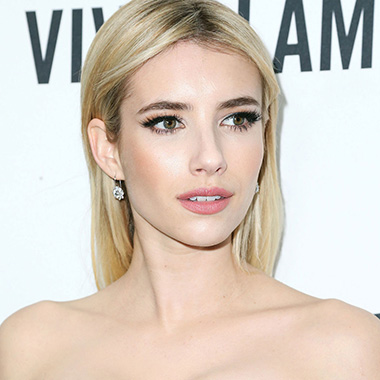 Emma Roberts is an American singer and actress. She was born on February 10, 1991, in Rhinebeck, New York, U.S. She is mainly known for her film Blow. She was born to Eric Roberts and Kelly Cunningham. Her parental grandmother name is Betty Lou Bredemus. She used to spend most of her time on the sets of her Aunt Julia Robert’s films. When she was five years old she wanted to work in film industry. She studied at Sarah Lawrence College.

When she was nine years old, Emma Roberts debuted in Ted Demme’s Blow. In the film, she played the character Kristina Jung, the daughter of Johnny Depp’s character, George Jung. She also appeared in smaller roles in Grand Champion as the sister of main character Buddy and in Spymate as the kidnapped daughter of former secret agent Mike Muggins. She then played in an independent film Daisy Winters alongside Rachel Weisz. She then starred in the series Unfabulous playing the lead character Addie singer. She won the nomination of a Teen Choice award as well as she was nominated for Young Artist Award. She then again guest-starred in the series Drake and Josh in the episode “Honor Council”.

In 2010, Emma Roberts co-starred in the film Valentine’s Day as Grace. In the same year, she also appeared in It’s Kind of a Funny Story and Twelve. She also starred in the romantic comedy The Art of Getting By with Freddie Highmore. In 2011 she played in the film Scream 4 as Jill Roberts. In February 2012 she co-starred in Adult World with Evan Peters and John Cusack. She played supporting role in Virginia directed by Dustin Lance Black. In 2012 she appeared in film Celeste and Jesse Forever.

On August 7, 2013, the comedy film We’re the Millers was released. The film cast Jason Sudeikis and Jennifer Aniston. The film grossed over $269 million. She then appeared in the horror series American Horror Story. She played the lead role in Palo Alto. In May 2014 the film was released. She then appeared in the horror thriller film February alongside Kiernan Shipka. It was confirmed in January 2015 that she would star alongside Dave Franco in Nerve.

Emma released her debut album “Unfabulous and More” on 27 September 2005 through Nick Records and Columbia Records.

Emma Roberts has dated Dathan Kuppin and actor Chord Overstreet and Alex Pettyfer. In 2012 she began dating actor Evan Peters. In December 2013, she got engaged to him. Later the engagement was ended.

In February 2009, Roberts was named the brand ambassador for Neutrogena, appearing in print and television ads for the company. Roberts has also appeared multiple times as part of Teen Vogue‘s Best Dressed list, including June 2007, September 2008, December 2008 and February 2009. As of 2016, Emma Roberts net worth is $15 million dollars.

One thought on “Emma Roberts Biography”