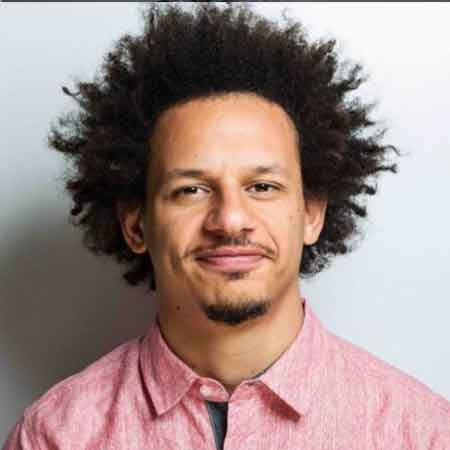 Eric Andre is an American comedian, actor and television host better known for his portrayal role of Mike on the FXX series Man Seeking Woman. Moreover, he is also the creator, host, and co-writer of The Eric Andre Show.

Eric Andre was born on 4th April 1983, in Boca Raton, Florida, the United States as Eric Samuel Andre. He was born to a Haitian father who was a psychiatrist, and an American Jewish mother.

In 2001, Andre graduated from the Dreyfoos School of the Arts in West Palm Beach, Florida. After that, he studied at Berklee College of Music in Boston, Massachusetts and graduated in 2005.

In 2009, Eric Andre made his acting debut appearing in the television series Curb Your Enthusiasm as Set P.A. Andre next starred in The Big Bang Theory along with Kaley Cuoco, Jim Parsons, Johnny Galecki, Mayim Bialik, and others. His other television appearances are,

Recently in 2018, Andre starred in two series including Mostly 4 Millennials and Disenchantment. Moreover, he is also the creator and host of The Eric Andre Show since 2012.

Similarly, Ander made his movie debut through The Invention of Lying in 2009. Since then, he has starred in numerous movies including,

Aged 35, the well-known actor Eric Andre is not married yet. However, Andre is currently dating his girlfriend Rosario Dawson who is an American actress. The duo began dating in September 2016 and is still together.

Andre and Rosario make public appearances together and further shares pictures on Instagram. As they are dating, they are not engaged yet. Andre must have planned to make Rosario his future wife.

Besides this, Andre previously dated an American actress Tatyana Ali. They began dating in 2012 but failed to continue their relationship and separated in 2014. Moreover, he was further encountered with Amber Rose.

Eric Andre has maintained a lavish life. Since long, Andre is still active in the field of acting and has starred in several movies and television series to date. Andre earns a good sum of money from his acting career.

As of 2018, Andre has an estimated net worth of $3 million. Andre currently resides in his Los Angeles, California (CA), United States House.