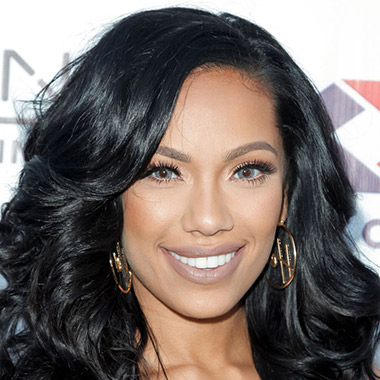 She was born on November 8, 1987. She holds American nationality. She was born in Bronx, New York. She belongs to Dominican and Puerto Rican ethnic background. She has got an amazing personality to take over the industry. Since her early days, she was interested in performing art classed.

When she was 14 years old she won a Jennifer Lopez look-alike contest. After winning the contest she was successful to create her own name in the modeling world. She also was sponsored by MTV and did numerous roles which include hip hop music video of Chris Brown’s “Yo (Excuse Me Miss)” and also Fabolous “Breathe”. She also appeared in several music videos of famous artists like Fat Joe, Akon etc. She also became the cover girl of several magazines such as The Source, Smooth, XXL, Maxim, SHOW, and KING. She also appeared in several campaigns which include Loreal, Roca Wear, and Tommy HillFiger. She also created a new music teaming up with Rich Dollaz.?

She is mainly popular among people for Love and Hip Hop, Kourtney and Kim Take Miami and VH1 News Presents: Hip Hop Videos sexploitation on the set. She loves fashion and always wears fashionable clothes. Since she was eight years old she started sketching dresses. She then later worked with Randa Quraan of Socially loud and created HER, a clothing line by Erica Mena. In 2015 on season 5 of Love and Hip Hop she wore clothes of her own spring/summer collection line.

She wrote a biography called “Underneath It All”. The biography was released in April 2013. She shared her deep dark family secrets and called her father very cheap as he made her mother struggle more in the biography. The book provides a unique glimpse of her childhood. She has not provided her personal information in the biography.

Erica is blessed with a son named King from her husband Raul Conde. Raul is an affiliate of rapper Fat Joe. They, unfortunately, broke up and are not co-parenting their son King. She then had affair with DJ Envy. They met each other through Lady L. They dated each other for three years but she was unknown about his married life. The couple used to go on different trips and all those trips money were paid by DJ Envy. Until she found that he is married they used to be a perfectly happy couple. The truth shocked Erica and as soon as possible she dumped him and stopped dating him. She is currently in a relationship with Cyn Santana. Erica said that she would soon tell her relationship with Santana to her son King.