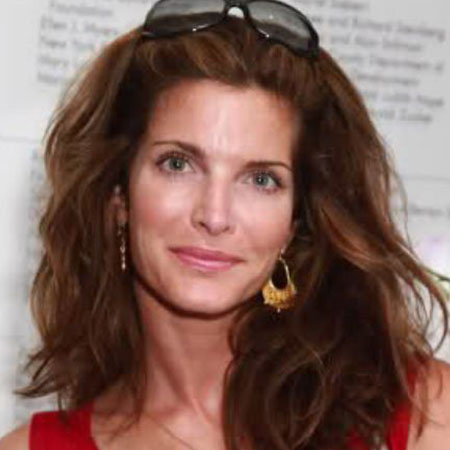 If you are familiar with the popular rock star and the lead singer of the hard metal rock band known as Guns N’Roses, then you’d certainly want to know more about his first wife, Erin Everly. She is an American former model. She is well known for her work with Wilhelmina Models.

As of 2019, Erin Everly has an estimated net worth of $1.6 million. She is a former model and is well known as the first wife of Axl Rose, whom she married in 1990 in Las Vegas. After her divorce, she married to John C. Portman III in 1997 but they ended their relationship in 2006. She has three children Easan, Eres, and Esper.

You don’t want to miss: Find out 10 Shocking Facts about Guns N’ Roses!

Erin Everly has earned a decent amount of money from her career as a model. Moreover, she has worked with renowned modeling agency Wilhelmina Models. As a model, Erin Everly did brand endorsements for many popular brands like Bebe, Guess, and Jordache.

Additionally, Erin Everly also added her net worth from her divorce settlement (undisclosed) with her ex-husband Axl. Interestingly, she got to relish the net worth of her father reported to be around $20 million.

Erin Everly is currently unmarried. But in the past, she was married to Axl Rose. The former couple first met each other in 1986. After dating around four years she and her long-term boyfriend, Axl got married on 28th April 1990, in Las Vegas.

After a few months of their wedding, Axl filed for divorce, but later he changed his mind. At the same year, Erin became pregnant but unfortunately had a miscarriage on October 30, 1990.

The situation deeply affected Axl, who had wanted to have a child of his own. Axl threatened to kill himself, and they got into a fight during which Erin wrestled the gun out of his hands. After ten months of their marriage, they separated in January 1991. Their marriage ended abruptly amidst charges of physical abuse.

Erin Everly then married to John C. Portman III in 1997. He is an engineer, by profession. But they ended their relationship in 2006. She has three children; Easan, Eres, and Esper.

Erin Everly filed a multi-million dollar lawsuit against Axl in 1994. She claimed domestic violence against her former husband, Axl.  After the lawsuit, Erin went public with stories of Axl causing emotional and physical abuse on her throughout their relationship.

You may also like: Tom Petty and the Heartbreakers lead singer Tom Petty Personal life!

Moreover, she has reportedly relied on family and friends for financial support. During an interview, Erin said she even sold her wedding rings for cash. Later, Rose settled the suit by paying her an undisclosed sum.

Erin Invicta Everly was born on November 8, 1965, in Los Angeles, California, USA. She is the daughter of musician Don Everly and actress/model Venetia Stevenson. Besides, Erin was raised alongside her two siblings; Edan Everly and Stacy Everly.

Soap opera actress Anna Lee was her grandmother, and her grandfather was Robert Stevenson (director). During her school days, she had dyslexia. Growing up in Los Angels, she attended Buckley School, and later she attended the local public school.

Erin Everly had a keen interested in modeling from her early age. To pursue her career in modeling, she moved to NYC in 1982. She then signed with Wilhelmina Models Agency in 1992 in New York. Erin featured in many print ads and commercials in the 80s for the likes of Jordache, Bebe, Guess, and many more.

Erin Everly also featured the Axl and his band’s Guns n’ Roses video, Sweet Child O’ Mine in 1998. The song was written for her and reached number #1.

Erin Everly currently resides in Atlanta with her children. She is also active on her Instagram account. However, she has been keeping a low profile and as of now, there is no news of Erin’s current status and what she does.