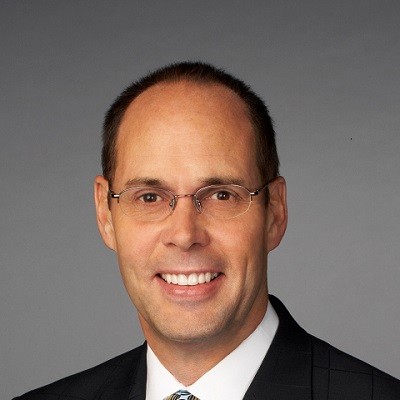 Ernie Johnson Jr. is an American sportscaster for  Turner Sports and CBS Sports. He is currently working as a lead television voice for Major League Baseball on TBS. Moreover, he is a host of  Inside the NBA for TNT. Further, Johnson he also covers NCAA Division I Men’s Basketball Tournament for Turner and CBS.

Ernie Johnson Jr. was born on August 7, 1956, in Milwaukee, Wisconsin, United States. He was born to  Ernie Johnson Sr and Lois Denhard.  His father was a former Major League Baseball pitcher as well as Braves play-by-play announcer.

He completed his early education from the local school. He is the graduate of the University of Georgia.

In 1977, Johnson started his professional career during his college days. In the starting of the job, he worked as news and sports director for the radio station WAGQ-FM. But he just worked there for a year until he completed his graduation in 1978. Well, in 1979, he started working as a broadcaster at WMAZ-TV. Until 1981, Jackson worked as a news anchor and later he started working as a news reporter for WSPA-TV.

However, he again moved back to WSB-TV and started working as a general assignment news reporter. Well, in 1983, he became the station’s weekend sports anchor and reporter. He worked there until 1989 and left the job and joined  Turner Sports. Jackson called Atlanta Braves baseball games for SportSouth along with his father from 1993 to 1996.

These days he works for TNT as a studio host. He covers the NBA games which include including pre-game and halftime shows. He is hosting the program since 1990. However, in all the NBA related shows, he is joined by former NBA star Kenny Smith, Charles Barkley and Shaquille O’Neal.

Besides his work in basketball, he is also the play-by-play announcer for TNT’s PGA Tour coverage. Moreover, he also worked as a studio host at TBS and covered the college football. In 2002, he won the  Sports Emmy for Outstanding Sports Personality and Studio Host.

Furthermore, he won the award for the second time in 2006. Jackson covered the Major League Baseball for TBS from 2007-2009 along with  Cal Ripken Jr.

In 2010 he worked as a broadcaster for TBS’ playoff coverage. Moreover, he also worked for ALCS and  Peachtree TV. Besides this, he also covered different Summer as well as Winter Olympics games. Furthermore, he also worked as a studio host for the TBS’s  coverage of the 1990 FIFA World Cup. Well, in 2015 Jackson won his third Sports Emmy Award which he gave to the daughter of  Stuart Scott, who died in January 2015.

Professional sportscaster Ernie Johnson Jr. is blessed with a happily married and family life. He married his wife Cheryl Johnson in 1982.

They have two biological children a son Eric and a daughter Maggie. Moreover, they also have four adopted children a son Michael and three daughters Carmen, Ashley, and Allison. Besides this, he hasn’t faced any rumors of his other relationships as well as there are no any rumors of his divorce. Johnson belongs to American nationality and falls under white ethnic group.

One of the famous sportscaster Ernie Johnson Jr. has a good net worth of $1.5 million which is totally worth.  And his annual salary is $300 thousand.