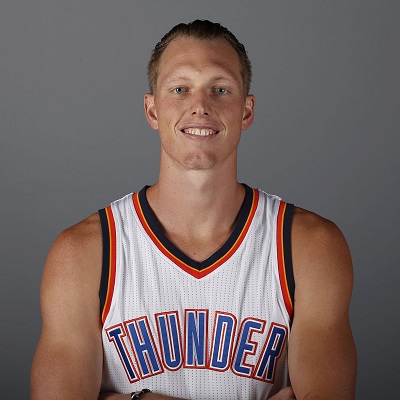 Kyle Singler is a professional American basketball player for the Oklahoma City Thunder. Moreover, he played as a starter at  Duke men’s basketball team for four years. He earned MVP of the Final Four in 2010’s NCAA championship run. Well, Detroit Pistons selected him in the second round of the 2011 NBA draft.

Kyle Singler is not married yet. Moreover, he is not dating anyone or should we say, he is keeping his personal life in shades? We, totally believe that he has mastered in hiding his affairs as there are no any records of his past relationships too.

Kyle Singler was born on 4th May 1988, in Medford, Oregon, United States. He was born to Ed Singler and Kris Singler. His father was a Quarterback at Oregon State and his mother was a basketball player in the same school. Singler grew up along with his sibling brother E. J. Singler and sister Katen Singler.

His brother is also a professional basketball player playing for Raptors 905. He attended South Medford High School for his early education and started playing basketball since his school. Singler completed his graduation from the Duke University.

Since his school days, he developed his passion towards basketball. While playing for the school team, he was named to the 2006‘s U18 USA Junior National team. His fame further rose after Kyle was featured in the  Gunnin’ for That#1 Spot a documentary 2008.

After completing his school career, he joined Duke University and continued playing basketball in college. However, helped his team to win a state basketball championship for the first time.

Moreover, he was also the member of  Legends AAU team. Furthermore, he also participated in different championships like Nike All-American Camp, Nike Peach Jam, and Main Event. During his school and college days, he received many awards. He continuously played all the seasons for the college from 2007-2011. At the end of 2009 season, Singler became the top scorer of the Duke.

In 2011, he started his professional career from Detroit Pistons. Pistons selected him in the  2011 NBA draft with 33 overall picks. However, on  23rd August 2011, he signed for the  CB Lucentum Alicante of the Liga ACB. Well, in his first match at La Lige, he won the  MVP. After that, he joined Real Madrid on 30th November 2011. Well, with his excellent performance, his team won the final match of 2012 Spanish King’s Cup against Barcelona.

Singler signed a new contract with the Detroit Piston on 11th July 2012 and earned the All-Rookie second team honors after his best performance in the  2012–2013 season. After playing for three years, he signed with the Oklahoma City Thunder on 19th February 2015.

Again, on 9th July 2015, he re-signed with the Thunder. In the starting of the 2015-2016 season, he just played occasionally. But, from the third match of the following year’s season, he participated in all the games.

Professional basketball player Kyle Singler is not married yet. Moreover, he is not dating anyone or should we say, he is keeping his personal life in shades? We, totally believe that he has mastered in hiding his affairs as there are no any records of his past relationships too.

Although he is not married yet and hasn’t dated anyone publicly, he can’t be tagged as gay. He hasn’t done or said anything that makes the media doubt about his sexuality. Singler is much more focused on building up his career. Hope he soon finds his better half.

Kyle Singler is one of the richest basketball players with a good net worth and salary. He has won several Matches and Tournament through which he receives a good sum of money. He also obtains a decent amount of money from several fashion lines and brands as an endorsement.

Allocating information from several sources as of 2018 it is found out that his current net worth is estimated to be around $9 million and his salary is $4.348 million.