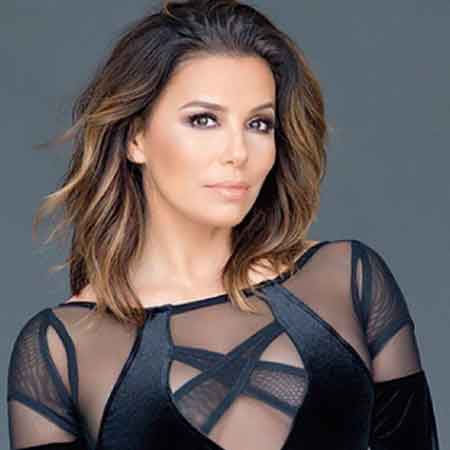 The American actress, director, producer, and businesswoman Eva Longoria is famous for her roles in Desperate Housewives, The Young and the Restless.  The actress has various awards including ALMA Awards, People’s Choice Awards, Teen Choice Awards and many more.  She also has a star on the Hollywood Walk of Fame.

The actress is currently married to Jose Antonio Baston. The two got married in 2016 and are now expecting a baby. Prior to this, Longoria was married twice. To know more about the star’s early life, education, dating life, relationships, career, awards and achievements, net worth, house, cars; keep scrolling.

The beautiful actress was born in Corpus Christi, Texas on March 15, 1975, to ninth generation Mexican American parents Ella Eva and Enrique Longoria. Longoria is the youngest of four daughters. Regarding her nationality, she is an American with Mexican roots. Longoria was raised Roman Catholic.

As for her education, Longoria attended Texas A&M University-Kingsville where she earned her Bachelors of Science degree in kinesiology. While in college she won the title of Miss Corpus Christi USA in 1998. Longoria then attended California State University, Northridge and received her Master’s degree in Chicano Studies in May 2013.

After receiving her Bachelor’s degree, she took part in a talent contest which resulted in her being spotted and signed by a theatrical agent in Los Angeles. As a struggling actress, Longoria worked as a headhunter for four years. Longoria’s debut was role was in 1999. She then guest-starred in Beverly Hills, 90210 and General Hospital.

The actress then got her big break in 2001 with the role of Isabella Brana in soap opera The Young and the Restless. She left the franchise in 2003 and went on to appear in Dragnet, Senorita Justice and The Dead Will Tell. Apart from that, she has worked in movies like Harsh times, Without Men, For Greater Glory, Crazy Kind of Love and many more.

Furthermore, Longoria bagged the role of Gabrielle Solis in comedy-drama Desperate Housewives in 2003. The show got immense popularity and so did Longoria. She was nominated for the Golden Globes for her performance in the show. Longoria has also produced movies like Harvest, John Wick and TV series like Mother Up, Devious Maids. The actress also wore the director’s hat for some episodes of Devious Maids, Jane the Virgin, Black-ish.

Apart from that, the actress is also involved in philanthropy. She founded Eva’s Heroes, a charity for disabled children and Longoria Foundation which aims to close education gap in Latinas as well as confront Latino poverty. She was also named the Philanthropist of the Year in 2009 by the Hollywood Reporter.

Longoria has won various awards for her contribution to the Hollywood industry. They are listed down below:

Eva Longoria is a married woman. The 43-year-old has been married three times. Currently, she is in a happy marriage with the president of Televisa, the largest Mexican media company, Jose “Pepe” Antonio Baston.

They exchanged their vows in 2016 and the pair is now expecting a baby soon. They announced the pregnancy in late 2017. They recently held the baby shower for baby Baston where celebrities like Elizabeth Banks, Sophia Bush, and Alex Meneses.

Longoria is also the stepmother to Baston’s three children from his first marriage. Moreover, Pepe is not very interested in social media, however, Longoria has shared some pictures of them together on her Instagram page.

Prior to this, Longoria was married to French professional basketball player Tony Parker from 2007 to 2011. The two got divorced amid rumors of Tony’s unfaithfulness. Furthermore, she was also married to actor Tyler Christopher from 2002 till 2004. The pair split after two years of togetherness as Longoria accused him of cheating.

After having two failed marriages, the actress is finally in a happy matrimony with Baston. They look happy together and are very excited to welcome their first baby.

The actress has amassed a net worth of $35 million. The source of her income includes her acting roles, clothing line, and modeling contracts. The actress had a salary of $325,000 per episode for the eight season of the show Desperate Housewives. She is also the face of Loreal, Hanes and New York and Co.

Apart from that, Longoria also owned restaurant named Beso in Hollywood Hills and Las Vegas along with other investor partners. She was 32 percent shareholder for the $2.5 million venture. However, the restaurant went bankrupt and was $5.7 million in debt.

The actress is currently living in Los Angeles with her husband. She has just recently listed he three-storeyed Hollywood Hills mansion. Longoria is hoping to fetch a price of $3.785 million for the 8,603 square feet house. The mansion boasts six bedrooms and nine bathrooms. She bought the house back in 2006 for $3.6 million.

Furthermore, the actress also owns a house in Malibu, California which she bought for $2.5 million in 2008. Next up on the list is her 3,400-square-foot home in outskirts of Austin, Texas.

The actress is living a lavish and luxurious lifestyle with all the assets. Longoria has made a fortune from her decade-long career which is still going strong.