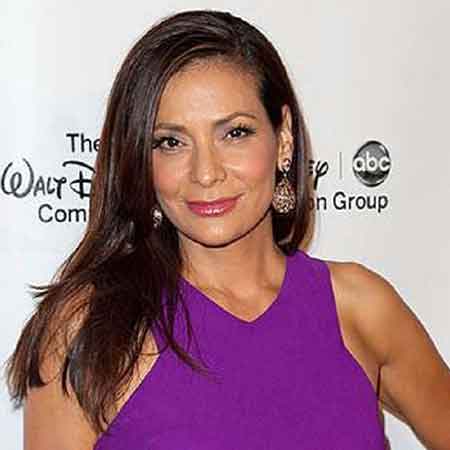 An American actress, Constance Marie is known for her role as Angie Lopez on George Lopez for which she won Best Actress in Television Comedy award. She is further known for her roles in movies including Selena, Switched at Birth.

Marie was in a long-term relationship with boyfriend, Kent Katich with whom she has a daughter named Luna Marie Katich.

Constance Marie was born on 9th September 1965, in East Los Angeles, California, United States. Her birth name is Constance Marie Lopez. She grew up along with her sibling brother Michael Lopez. Since her childhood, Marie was an enthusiastic dancer.

Marie performed as a dancer in the musical Cosmopolis by composer Ryuichi Sakamoto in Japan at the age of 19. And after she returned to Los Angeles, a dance choreographer for David Bowie spotted Marie and then she was hired for the Glass Spider Tour in 1987.

In 1987, Constance Marie made her movie debut in Glass Spider where she played the role as a feature dancer. The same year, Marie further starred in the movie Salsa. Moreover, Marie also made her television series debut in the same year through Dirty Dancing as Penny Rivera.

For her role as Angie Lopez in 2002–2007 series George Lopez, Marie won a Best Actress in Television Comedy Award in 2004.

Furthermore, she also won an Outstanding Female Actor in a Supporting Role in a Drama Series or Special. Currently, Marie plays the role of Doña Paloma in the series Elena of Avalor.

Previously, Constance Marie was in a relationship with her long-term boyfriend, Kent Katich. Kent is a yoga instructor. After dating for a few years, the couple got engaged in 2000. They further have a daughter named Luna Marie Katich born on 5th February 2009.

Marie once expressed that, she desired to make him her loving husband. But it didn’t happen the same as the couple separated in 2015 after 15 years of their engagement. Well, the couple didn’t even get married although they were engaged.

Besides this, Marie hasn’t been in any other relationships and yet there are no any rumors of her affairs too. She is much more focused on her career rather than being in any relationships.

Constance Marie has successfully maintained a standard life. Being such a renowned and prominent actress, Marie earns an astonishing amount of money from her acting career.

Moreover, Marie further owns a clothing line named ‘The Constance Marie Collection’ launched in 2007 from which she adds more money.

From her multiple profession, Marie is able to make the net worth of $5 million. She currently resides in Santa Monica, California (CA), US. Marie bought a house for $1.098 million in June 2000, which features 5-bed and 3-bathroom situated in 2,426 sq ft area.