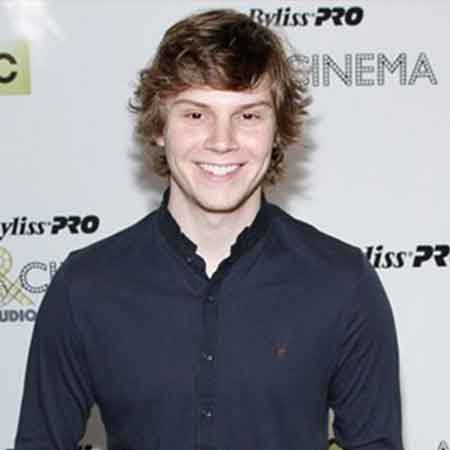 An American actor, Evan Peters is known for portraying multiple roles in  FX anthology series, American Horror Story. He has been the lead cast member of the series since its debut in 2011. Peters has further appeared in X-Men: Days of Future Past and X-Men: Apocalypse.

Evan Peters was born on 20th January 1987, in St. Louis, Missouri, United States. He is the son of Phil Peters, a vice president of administration for the Charles Stewart Mott Foundation and Julie Peters. Peters grew up along with his siblings, Andrew Peters and Michelle Peters.

In 2004, Evan Peters made his acting debut through the movie, Clipping Adam as Adam Sheppard. In the same year, he starred in the movie, Sleepover and also in the television series, The Days. From 2004-2005, Peters portrayed the role of Seth Wosmer in the series, Phil of the Future.

Peters further portrayed the role of Peter Maximoff / Quicksilver in the movie Deadpool 2. Moreover, he will be portraying the same role in the movie Dark Phoenix in 2019. Likewise, next season of American Horror Story will be released in 2018.

Evan Peters is engaged to his long-term girlfriend, an actress Emma Roberts. The duo began dating back in 2012 after appearing together in the movie Adult World. However, Roberts was arrested by police after they fought with each other in a hotel in Montreal, Quebec, Canada, in July 2013. But she was released within few hours.

In 2014, Peters confirmed that they were engaged. Furthermore, in September 2016, the couple engaged for the second time. Although the couple is already engaged, wedding plans are still not released. Soon we will get the news of the couple’s wedding ceremony.

Besides this, Peters previously dated Alexandra Breckenridge from 2007 – 2010. Similarly, he also dated an actress Alexia Quinn from 2011 – 2012. Furthermore, Peters was once encountered with Pixie Geldof in 2010.

One of the renowned actor Evan Peters is living a lavish life. Peters is still active in the acting field and till date, he has starred in numerous movies and television series. From his acting career, Peters earns an astonishing amount and his current net worth is $3 million.

Evan’s per year salary is estimated to be $363,000. He also adds to in net worth from his sponsorship in different programs worth $93,750.