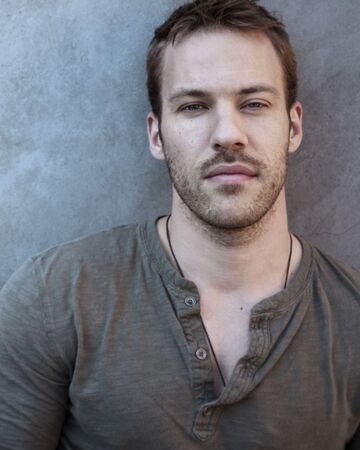 Falk Hentschel is a German actor who is best known for his role of Carter Hall/ Hawkman in the television series The Flash (2015), Arrow (2015), and Legends of Tomorrow (2016).

Born on 26, April 1995 to Jorg and Martina, Falk, a young boy,  flew away from Germany with his family seven months before the Berlin Wall came down

He has been to various countries throughout his life, and he is a fluent speaker and of German and English Language. At the beginning of his career, he struggled as a backup dancer for celebrities such as Britney Spears, Jamelia and Mariah Carey. He spent several years in London, where he worked as a professional dancer.

Because of his flexible body structure, intricate dance steps for other dancers used to be a cakewalk for Falk. As a choreographer, he toured Canada and Asia and gave his performances in various big stages. In 2003, he decided to pursue a career in acting and stayed in Los Angeles so as to fulfill his dream of becoming an actor.

From a dancer to Hawkman

After giving performances in various big stages as a backup dancer, in 2005, he made his debut in acting through the Emmy Award-Winning show Arrested Development. As he was quite familiar with big stages, it was easy for him to face the camera. Later, he started to appear in various low-budget films.

Tired of working for others, in 2008, she began to write for his own project “Who is Bobby Domino,” a short film. In the short film, he worked with production partner Jesse Grace and after that, a collaboration between these two camera geeks won the numerous awards in prominent film festivals. He came in the limelight and grabbed public attention after he appeared in the role of Hawkman in The Flash, Arrow, and Legends of Tomorrow. Hawkman became his identity, and he became well-known as the on-screen superhero.

After struggling for nearly a decade, he got his first role in big-budget film Knight and Day (2010), in which he co-starred along with Tom Cruise and Cameron Diaz.

In 2010, he appeared in the role of drug addict Richard Conway on TNT’s The Closer and portrayed opposite singer Justin Bieber in the CSI: Crime Scene Investigation. Being a dancer, he was offered the role of the leader of a street dance crew in StreetDance 2 (2012). In 2014, he appeared in the film Transcendence along with Hollywood star Johny Depp. He played the recurring role of Arliss Fulton on the CBS legal drama Reckless in 2014.