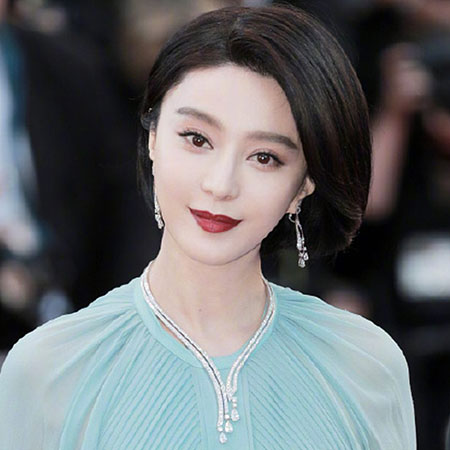 Fan Bingbing is a Chinese actress, television producer as well as a pop singer. She has starred in popular movies like Buddha Mountain, Double Xposure, Lost in Beijing, etc. She also appeared on French movie Stretch Korean movie My Way as well as in the Hollywood blockbuster X-Men: Days of Future Past.

Besides this, she has also won several awards like Golden Horse Film Awards, Golden Screen Awards etc. Bingbing is currently dating Li Chen. The couple engaged in 2017 after Fan Bingbing proposed Li Chen on her birthday.

She used to participate in different singing competitions and dramas during her school days. Bingbing completed her graduation from the Shanghai Xie Jin Film and Television Art College and Shanghai Theatre Academy.

During her school days, Fan Bingbing used to participated in singing competitions and dramas conducted by the school. Her parents also wanted her to pursue her career in singing.

In 2017, Fan Bingbing starred in the movies such as Despicable Me 3 and Sky Hunter.

#SkyHunter is an action-packed movie about an elite air force starring #FanBingBing and #LiChen. https://t.co/Ua43mQnRCg pic.twitter.com/sLxrlsoQMe

However, in 2018, she will be appearing in the movies like The King’s Daughter, The Lady in the Portrait, The Bombing and White Sparrow.

However, in 2018, she will be appearing in the movie Win the World.

Furthermore, she is also a singer. Some of her hit songs are listed below

Throughout her career, Bingbing has won as well as been nominated for several awards including:

36 years old multitalented actress, as well as singer Fan Bingbing, is able to collect huge fans for her outstanding acting skills and impressive looks. Regarding her personal life, Bingbing is in a relationship with an actor Li Chen. On 29th May 2015, they were announced to be dating on the social media of Li Chen.

Well, this couple engaged on 16th September 2017 after Fan Bingbing proposed Li Chen on her birthday. However, they haven’t mentioned anything about getting married. Besides this, there are no any rumors of their separation. Moreover, there are no any records of her past relationships.

Multi-award winner Fan Bingbing earns a decent amount of money from her acting career. She also adds money from her singing career. Bingbing has appeared in several movies and television series through which she receives a good sum of money as salary.

Additionally, Fan also receives a decent amount of money from several fashion lines and brands as an endorsement. Allocating information from several sources as of 2018, it is found out that her current estimated net worth is around $75 million.