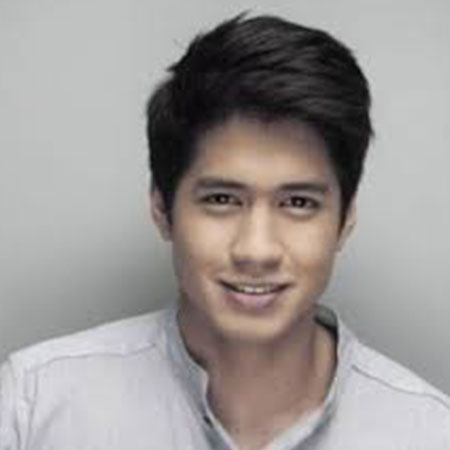 Aljur Abrenica is a Filipino actor, dancer, model, as well as a singer. Abrenica is best known for his role in the movies like Loving You, I.T.A.L.Y., etc and in television series Boys Next Door, Luna Mystica, The Last Prince etc.

Currently, he is the co-host/ performer on the reality show ASAP. Abrenica is currently dating Kylie Padilla. Furthermore, he also dated actresses including Kris Bernal, Rich Asuncion, and others.

Aljur Abrenica was born on 24th March 1990, in Angeles, Philippines. He is the son of Alfonso Abrenica Jr. and Amor Guiang. His father was a musician and mother a member of a band.

Abrenica grew up along with his sibling brother Vin Abrenica who is also an actor. He attended the Don Bosco Academy, Pampanga. Well, his intention was to be a pilot by pursuing aeronautics.

After completing his graduation, Aljur Abrenica started his acting career through the reality show StarStruck in 2006. In the following show, he won the “Ultimate Hunk” title. Later in 2007, Abrenica made his first television series debut through Boys Next Door as Migs.

Likewise, for the first time, he appeared in the movie Loving You as Ryan Peyra in 2008. After that, Aljur starred in numerous movies, television series, comedy as well as in reality shows such as:

In 2017, Aljur Abrenica appeared on the series FPJ’s Ang Probinsyano as Miguel Enriquez. Likewise, he will be appearing on the series Asintado in 2018.

Abrenica is the current co-host/ performer of the ABS-CBN show ASAP.

Up to now, he has won as well as been nominated for several awards like

Multitalented actor, dancer, model as well as a singer, Aljur Abrenica is not married yet. But he is currently dating an actress Kylie Padilla. This couple previously dated from 2011 to 2014. However, after two years of the interval, they again began dating from September 2016.

In January 2017, this couple engaged. This couple welcomed their son on Alas Joaquin 4th August 2017.

Moreover, Aljur also receives a decent amount of money from several fashion lines and brands as an endorsement from his modeling career. Additionally, he is also able to generate a good amount of money from his singing career. Allocating information from several sources as of 2018 it is found out that Aljur Abrenica current estimated net worth is around $700 thousand.