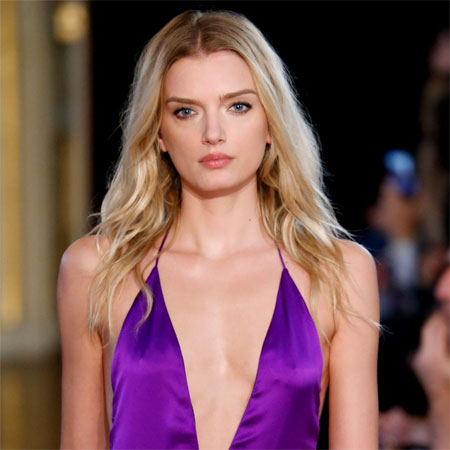 Lily Donaldson is a well known British model. She is famous for appearing on the covers of Vogue UK, Australia, and Italy. Moreover, she has appeared in six Victoria’s Secret Fashion shows and featured in many international fashion magazines.

Lily Monica Donaldson was born on 27th, January 1987, in Hammersmith, Middlesex, London, UK. She is the daughter of Tiffany Jesse and Matthew Donaldson. At the age of 16, Lily Donaldson’s parents divorced, and her mother went to Devon.

During her childhood: The Front Row View

Lily Donaldson’s father is the fashion and photographer. She grew up in an artistic household. Lily’s grandfather, Antony Donaldson is a Pop artist. Lily Donaldson has a young sister named Aurelia. Lily’s passion at school was art, and she always intended to go to art school. She attended the Camden School for Girls in Kentish Town.

Lily Donaldson’s modeling career began when she was spotted by a model agency scout in 2003 in Camden Market.Then, she became the face of Miss Sixty at 16; by the end of the year.

In 2004, she did her first British Vogue cover. Later on, she became the face of labels such as Burberry, Balenciaga, Lanvin, Max Mara, Shiatzy Chen, H&M, Topshop, Aldo, Kenzo and Anna Sui.

American Vogue featured her along with fellow models in 2007. Furthermore, Lily Donaldson appeared in six Victoria’s Secret Fashion shows from 2010 to 2015.

Additionally, Donaldson appeared on the cover in many international fashion magazines including Vogue, Elle, Marie Claire, Harper’s Bazaar, Glamour Numero, Muse, and many others. During the 2012 Summer Olympics function, she wore the bespoke fashion, designed by British designers.

Lily Donaldson is unmarried till date, but in the past, she was in a relationship with artist Vladimir Restoin Roitfeld in 2007. Vladimir is the son of Carine Roitfeld, then editor-in-chief of Vogue Paris.

Even though the couple is no longer dating, they are still believed to be good friends.

Lily then was linked with Michael Phelps (2008) and writer-DJ-musician, Brett Stabler. Lily Donaldson is currently dating an artist, Cyprien Gaillard. The couple has been dating since 2013, and as of now their relationship is going very well, and there are no signs of separation.

With her boyfriend, Cyprien Gaillard: ZetaBoards

Donaldson is a successful model and has appeared on 28 international covers of Vogue. Moreover, Donaldson became one of the models, who wore bespoke fashions.

As of now, Lily Donaldson’s estimated net worth is around $5 million. She earned such a huge amount through her modeling career and endorsement.

Some sources claim that her Manhattan house worths around $2.2 million. The house is full of antique pieces and super stylish interior. However, she did not reveal the exact details of her salary, total earnings, cars collection, expensive gadgets, and assets.

As Donaldson is still actively working in this field, no doubt, her net worth will get high in coming days.