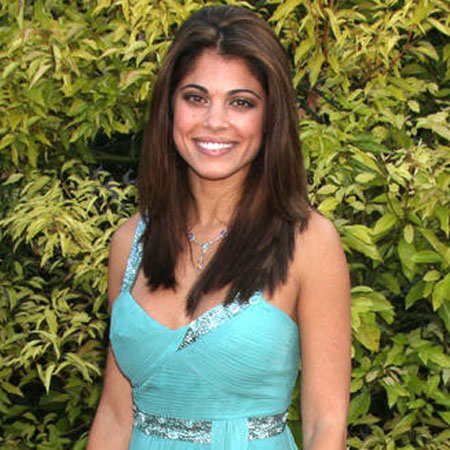 Lindsay Hartley is an American singer and actress. She rose to fame after portraying the role of Theresa Lopez-Fitzgerald Crane Winthrop on the television soap opera, Passions. She grabbed a huge attention after appearing in the role of Arianna Hernandez on Days of Our Lives.

Lindsay Nicole Hartley was born on 17th April 1978, to Wendy Ann (Steffer) and Jeff Stuart Korman in Los Angeles, California, U.S. Her father is Ashkenazi Jewish whereas her mother is Greek and Italian.

Growing up in San Diego, California, Lindsay Hartley had a keen interest in acting and singing since her childhood. At 16, Hartley along with her family moved to Las Vegas, Nevada. Talking about her education, she studied at the University of Nevada, Las Vegas.

Lindsay Hartley participated in a pre-teen talent show, where she grabbed the Young Miss America Beauty Pageant title. She then started her acting career, appearing in the Broadway production of Grease.

Lindsay’s big break came while she played Theresa Lopez-Fitzgerald on the NBC soap opera named Passions in 1999. For her role in the series, Lindsay Hartley got nominated for the Soap Opera Digest Award in the category of Outstanding Female Newcomer in the year 2000.

Additionally, Lindsay Hartley appeared a guest role on the shows like The Weakest Link (2002) and The Other Half ( 2002). Moreover, Lindsay Hartley made a guest appearance on CSI: Crime Scene Investigation on April 9, 2009. In the same year, she became the cast of another NBC soap opera called Days of Our Lives, playing Arianna Hernandez.

Lindsay Hartley also portrayed the character of Cara Castillo in All My Children. Also, she appeared on the reality show named Queens of Drama.

Lindsay Hartley’s upcoming film, Death House (an American horror film), where she plays the ultimate of all evils, Balthoria.

Lindsay Hartley met her ex-husband, Justin in 2003. During their eight-year marriage, they had a vow renewal ceremony, and both appeared on Smallville in 2010. However, Lindsay Hartley filed for divorce in May of 2012, citing irreconcilable differences according to TMZ.

Currently, Lindsay is in a relationship with fellow actor Jason-Shane Scott. As of now, their relationship is going very well, and there are no signs of separation.

With her incredible talent, Lindsay Hartley has appeared in several TV shows and movies. She is also able to gain huge fan followings on social sites. Lindsay Hartley’s net worth is estimated to be around $2 Million.

Sadly, information regarding her salary, total earnings, expensive gadgets, jewelry, properties, valuable assets, house, cars collections is yet to be disclosed by her.