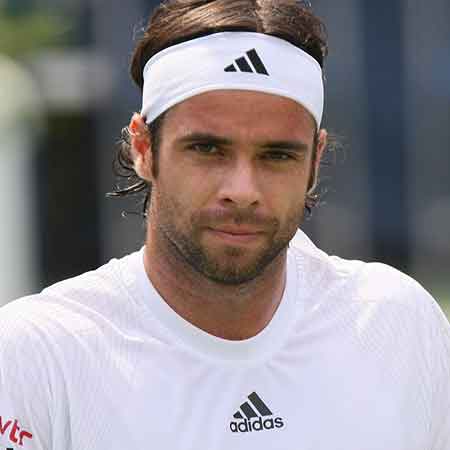 Fernando Gonzalez was born on July 29, 1980, as Fernando Francisco Gonzalez Ciuffardiin in La Reina, Santiago, Metropolitan Region, Chile. When he was four years old, he used to spend his time playing both football and tennis.

He is not only the child of his parents as he has an older sister, Patricia, and a younger sister, Jéssica. He completed his primary level education from Colegio de La Salle and finished secondary school at Colegio Terra Nova.

In 1997, Fernando won the US Open Boys‘ Doubles with compatriot Nicolás Massú. In 1998, he defeated Juan Carlos Ferrero in the final and doubles with Venezuelan José de Armas.

Fernando González became a professional tennis player in 1999. When he defeated Massú at the U.S. Men’s Clay Court Championships final in Orlando, Florida, he won his first ATP title in 2000. After 2 years, he won his 2nd career ATP title defeating Nicolás Lapentti in the final.

In 2006, Fernando became the third Chilean-after Ríos and Massú to break into the top 10 singles ranking. After winning a quarterfinal match at the Monte-Carlo Masters shortly after parting ways with longtime coach Horacio de la Peña, Fernando reached number #10 in the world.

In the year 2008, at the Australian Open in January, Fernando failed to defend all his points. As of his previous year record, he fell from no. 7 to no. 24 in the ATP singles rankings. Again he lost in the fourth round to former local champion, Andy Roddick, 2–6, 4–6, 1–6 and ended the season at no. 15.

And in 2012, Fernando announced that he would retire from professional tennis after the 2012 Miami Masters. He played his last professional match on March by losing three set to Freshman, Nicolas Mahut in the first round.

Talking about Fernando’s personal life, he has been in relationships with then-girlfriends, Millaray Viera from 2002 – 2003, Gisela Dulko form 2006 – 2008 and Daniela Castillo form the year 2009 – 2011. However, at present, it seems that Fernando is in a relationship with girlfriend, Luciana Aymar.

Luciana Aymar is also a retired Argentine field hockey player and is the only player in history to receive the FIH Player of the Year Award eight times. None of them have confirmed regarding their relationship but we hope they will reveal it very soon.

Being such a renowned retired professional tennis player, Fernando earns a good sum of money from his career. He has won each Olympic medal in gold, silver, and bronze in the 2004 and 2008 Olympics in single and double men’s competitions. Talking about Fernando González net worth, he has an estimated net worth of $ 12 million. Moreover is as the top 10 richest athletes of Chile.