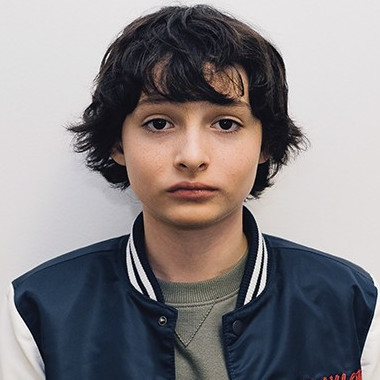 Finn Wolfhard, who has been active in the Hollywood industry since 2013, was born on December 8, 2002, in Vancouver, British Columbia, Canada. His elder brother, Nick Wolfhard is a voice actor, known for his films, Under Wraps and Aftermath. Finn is of French, German and Jewish descent. His father is a screenwriter and does research on aboriginal land claims. Wolfhard attends a Catholic school in Vancouver.

Finn Wolfhard made his acting debut in the independent film “Aftermath” in 2013, playing Young Charles. At the same year, he also appeared in the film “The Resurrection”. In 2014, he began to appear in an American post-apocalyptic science fiction drama television series “The 100” playing Zoran in the episode of “Many Happy Returns,”

In 2015, Finn appeared in the fantasy horror television series “Supernatural,” Episode of “Thin Lizzie”, where he played Jordie Pinsky. In 2016, Wolfhard landed the main character Mike Wheeler in Netflix series “Stranger Things”. He auditioned for the role through video after seeing an open casting call. The series has earned numerous nominations and awards. He earned a SAG award as part of the cast for Outstanding Performance by an Ensemble in a Drama Series. Netflix revived the series for the 2nd season of nine episodes on August 31, 2016, and is set to be released on October 31, 2017.

Wolfhard landed a role on the supernatural horror film ” IT,” where he played Richie Tozier. The film is an adaptation of Stephen King’s 1986 novel of the same name. The story tells of 7 children as they are terrorized by the eponymous being, which employs the fears and hatreds of its victims in order to disguise itself while hunting its prey.

“IT” originally appears in the form of a clown in order to attract its fancied prey of young children. It deals with themes that ultimately became King staples: the power of memory, childhood trauma, and the ugliness lurking behind a façade of traditional small-town values. Chase Palmer along with Cary Fukunaga and Gary Dauberman served as a writer. It will be released on September 8, 2017.

In his spare time, Finn spends his time hanging out with his family and pets. He enjoys playing the bass and the guitar. Finn Wolfhard, 5′ 3″, holds the Canadian nationality and belongs to white ethnicity. His estimated net worth is $2 Million.Finn is also active on his social account, especially Twitter and Instagram.