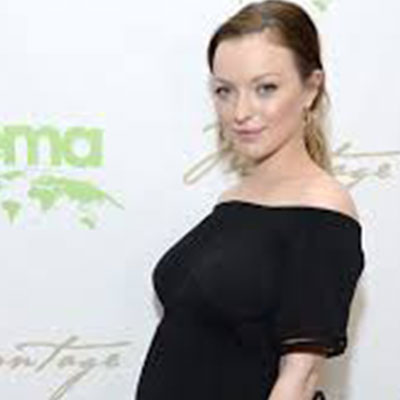 Francesca Eastwood is one of the renowned multi-talented personalities. She is an American actress, socialite, model and television personality who is best known for starring in her family reality series, Mrs. Eastwood & Company. Similarly, she is also recognized as a daughter of a popular celebrity couple, Clint Eastwood and Frances Fisher.

Reviewing the personal life of Eastwood, she was previously married to husband, Jordan Feldstein who is an American manager. However, the couple both signed for an annulment just after a week of their marriage. To know more about this talented American personality’s personal life, early life, education, career, salary and net worth. Keep Scrolling.

Francesca Ruth Fisher-Eastwood was born on August 7, 1993, in Redding, California, to Clint Eastwood, father, and Frances Fisher, mother. Her father is an American actor and director whereas her mother is an actress. Similarly, she has four half-sisters, Kimber, Alison, Morgan, Kathryn and two half-brothers Kyle and Scott.

Daughter of actors, Eastwood first completed her education from the Stevenson School and then from the University of Southern California. She started making appearances in the television series and films right after her graduation.

Francesca Eastwood made her onscreen debut in 1995 in the film, The Stars Fell on Henrietta where she portrayed a role of Mary Dary.  Likewise, she made her Television debut on May 20, 2012, on the reality television series, Mrs.Eastwood & Company along with her parents. The show focuses on the lives of herself, her half-sister, Morgan Eastwood and stepmother Dina Eastwood.

In one of her episode, she and her photographer boyfriend, Tyler Shields were filmed burning. However, during the show, they mistakenly burned $100,000 Hermes Birkin Bag which brought much negative attention and even death threats.

In 2017, Francesca starred in the acclaimed television series, Fargo’s episode The Law of Non-Contradiction” as same as the young and old versions of the character. Till date, she has made multiple film appearances as well as television. Some of her film works include True Crime, Jersey Boys, Final Girl, The Vault and so on.

Currently, she is working on her upcoming movie A Violent Separation and has not appeared on any television series.

Francesca Eastwood is a married woman. She first got married at the age of 20 with an American Manager, Jordan Feldstein who is the brother of the American actor, Jonah Hill. However, the couple filed for an annulment just after a week of their marriage.  Reportedly, they got married in a simple wedding ceremony in Las Vegas on November 2017.

Currently, the beautiful woman is married to her spouse, Clifton Collins Jr. The couple shared their vows on January 1, 2017. The couple is spending their quality time together. They are often seen in different places hanging out.

As an established actress, and model, Eastwood has accumulated a huge amount of money. At this young of 24, she has been able to keep herself on the list of top celebrities.

As of now, she has appeared in multiple films and television series from where she has collected good money. As of 2018, her net worth is estimated at around $5 million, and seeing her upcoming works her net worth is sure to be increased.