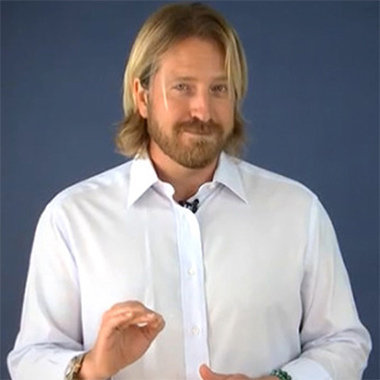 Frank Kern, born on August 30, 1973, is an entrepreneur, business consultant and internet marketer from the United States. He is the pioneer person in the internet marketing and he is considered as top gurus. His business intelligence has acquired him a huge and loyal fan base. He sells his information product generally for $1997 and this figure has become a standard ticker price for internet marketing product launches. He has released his latest information product called Mass Conversion which was released in 2014.

Kem stepped in the business world as a door-to-door salesman in Macon, GA for credit card processing systems. At the beginning, he was rejected for various jobs but he never lost his hope. His step-father lent him some Tony Robbins tapes (Personal Power). After listening tape he was highly inspired and developed a mindset which soon led him making his path to Guru of the Internet Marketing Industry. He started to learn various ways to make money online and spent $297 on a course by late Cory Rudl. From the course, he learned how to make money online and tried one page of the entire product and it led him to succeed. He was highly motivated and courage to start his venture in Internet marketing Industry.

To start his online marketing venture, he hired a writer from elance.com to write a book “Teach your parrot to talk”. After researching the keyword on the topic he found out that the market was very big and also heard about one guy doing same offline. He made an ad in advance where he promised that everything that a parrot owner could want would be fulfilled. He spent $650 on the writer and earned $3000/month income from his first online book.

After achieving success in his first eBook, he started to make eBook for other pets. He picked dogs as he had worked with dogs and he was familiar with their behavior. He created a different website for a different breed of dog, around 600 different websites and launched this business in 2005. After making good money from this project, he sold the whole project for $1million 2006.

He realized that he could show other entrepreneurs how to make money online. After selling his websites of pets after running it for 2 years, he started to conduct a workshop on how to make money online which attracted many entrepreneurs. He frequently organizes live seminars and workshop and charges up to $25,000 per ticket. He has also been using video marketing and has been ruling over the internet marketing circles as a guru. He has been assisted by his two employees, a videographer from Pen Island Studios and a bookkeeper.

Frank Kern is currently married and he has three children. He had been through many struggles in his life to be in the position that he holds. In 1994, he lost everything in a flood and became homeless. Hope is one thing he has had with him always which led him to become the Guru on creating money online.