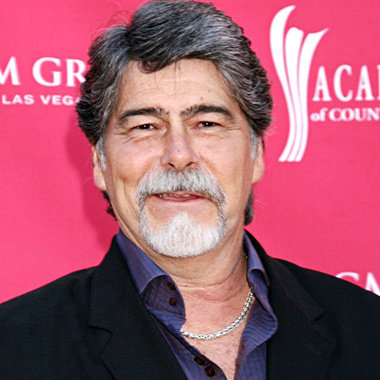 Randy Yeuell Owne, often known as Randy Owen, is a famous name in American country music. Owen has gained name and fame as a lead singer of country rock band Alabama, which gained tremendous success during the 1980s and 1990s. His band Alabama is considered as the most successful band in the history of country music which released more than 20 gold and platinum records and sold more than 75 million records.

Randy Owen was born on December 13, 1949, in Fort Payne, Alabama United States. He grew up on a farm and attended a local high school where he studied till ninth grade before he dropped out. Later he went back to study and joined Fort Payne High, from where he graduated in 1969. During his high school days, he formed a band named Wildcountry along with his cousin Teddy Gentry and Jeff Cook. They gave their first performance at a high school talent show and grabbed the title from their first performance.

“It’ll be a really, really huge challenge for me because I’ve never done anything like that with a symphony before.”

Owen’s music career was halted when he joined Jacksonville State University to earn a degree. Being ardent music lover, Owen moved into an apartment in Alabama along with his three cousins and started to create music. From 1973, he started to pursue a full-time music career with his band Alabama. Alabama signed a contract with RCA Records and quickly became a prominent band. Alabama attracted a group of young listeners and was able to become king of country music. During its twenty-two years long history, Alabama gave 21 gold, platinum, and multi-platinum albums with 42 singles which reached a No.1 place in charts with 73 million records sold.

After gaining huge success, Alabama was induced with Hollywood Walk of Fame and was honored with Academy of Country Music’s Artist of the Decade during 1989. They also became Recording Industry Association of America’s Country Group of the century during 1999. After giving numerous hit albums and singles, the band announced retirement in May 2002 during Academy of Country Music Awards.

After the retirement, Randy Owen appeared as a judge on Season 5 of Nashville star, the country talent show, in 2005. He also hosted Country Gold, the Saturday night request program. He currently serves as the member of the Board of Trustees at Jacksonville State University. Owen has been contributing in various humanitarian acts from his band as well as an individual. His band Alabama conducted and annual Alabama June Jam to support charities and school organizations during their active year. The band was awarded Bob Hope Humanitarian Award for their good works.

As an individual, Randy Owen has been supporting St. Jude Children’s Research Hospital. He has also been helping disadvantaged children. Owen is currently married to Kelly Owen, and the couple together worked to construct Kelly Owen Women’s and Children’s Pavilion at DeKalb Regional Medical Center. After donating big money to various charities and humanitarian acts, he still has estimated net worth of $50million (2016).