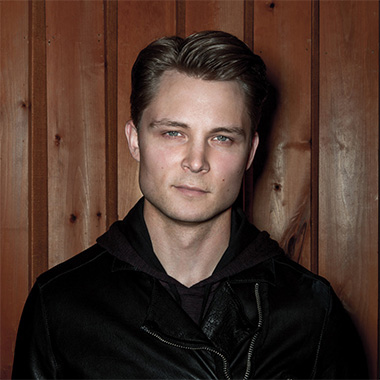 There are only limited numbers of singers in the history of country music which has risen from a normal person to a prominent height. Frankie Ballard is one of the new personality who has shaken the country music world with his calm, soothing and easing voice and has a walk to the path of success in lightning speed.

Frankie talents and profession as a vocalist, guitarist, songwriter, instrumentalist, and showmanship has given him the new name along with huge name and fame. Frankie Ballard bio includes some of the influential journeys which can be more exemplary to the newcomers who wanted to build their career in world country music. Despite of the on-going rapping trend and hip-hop music there are some people who wanted to do create remarkable music sitting another side of the world.

Frankie who was born on December 16, 1982, is best known for his country music has the origin of Nashville, Tennessee. Born in the field of Battle Creek, Michigan, United States follow the religion Christianity with respect to all the religion and has the American Nationality.

Spending entire childhood in Michigan itself, learn to play guitar and another instrument from the very early age. Spending more time in the music industry he graduates from the Western Michigan University.

After limiting the music towards himself only, he finally made the bold move after signing the form for Kenny Chesney’s Next Big Star Competition. After winning the competition with absolute confidence in the year 2008, he opened the show for Chesney at Michigan venues and got associated with Reprise Records in the year 2010 in Nashville. Ballard released his first debut single Tell Me You Get Lonely in the year 2010. His first single received four-star review from Kyle Ward of Roughstock and claimed his voice as one of the best he has ever heard.

Frankie released his second single A Buncha Girls in the year 2011 and was on the top 40 on the Hot Country Songs chart. Likewise, he released his other singles Helluva Life, Sunshine & Whiskey, Young & Crazy and It All Started with A Beer from the consecutive year 2013 to 2015. Frankie has two official albums in his name as Frankie Ballard and Sunshine & Whiskey.

Likewise, he has made a music video of all his single release. Currently, he is associated with Warner Bros. He joined Warner Bros in the year 2013 and has attended Own the Night Tour with Lady Antebellum in 2011 and Anything Goes Tour with Florida Georgia Line in the year 2015. Though he is earning a lot these days, however, Frankie Ballard net worth has not been disclosed yet.

Highlighting his personal life, just like many celebrities he has managed to keep this part very secret. There is no news about Ballard being associated with any women in his life. Looking at his physical appearances with marvelous height and perfectly fit body we can surely assume many girls do like him. However, he might be in relation but Frankie Ballard girlfriend has no name to till this date.