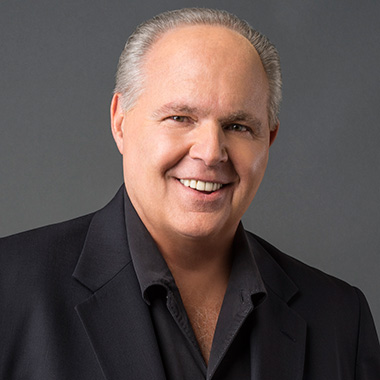 _Tsf”>Rush Hudson Limbaugh III who is better known as only Rush Limbaugh is famous American radio persona, a commentator in politics, and writer/author by his profession. Having a fruitful career in multiple organization and network now he is currently engaged in his own talk radio program aired on ABC Radio Networks name “The Rush Limbaugh show”. In this very article, you will find some important life events of Rush Limbaugh bio.

Feminism was established to allow unattractive women easier access to the mainstream.

Rush Limbaugh was born on January 12, 1951, in Cape Girardeau, Missouri, United States. He was raised in Missouri with his father Rush Limbaugh Sr. and Mildred Limbaugh. Rush father is the former lawyer and pilot while Rush belongs to professional lawyers family. He has the political ideology of Republican, and follow Methodist as religion and belongs to American nationality. The path to radio jockey or presenter began at the age of 8 but his father was against it as the whole family was in lawyer business.

Following the radio path, he graduated from Central High School in the year 1969 and attended Southeast Missouri State University but left it to pursue his career in radio. Rush transfer to Pennsylvania to find a career in radio and top 40 music DJ on WIXZ.

Compassion is no substitute for justice.

Rush began his career with KQV radio station in the year 1973 but was fired from the job within a year stating he is not the right man for the job. In those decades he tried his luck in a number of radio stations but controversial always followed him. The luck finally settled in the year 1979 when he was promoted to director in Kansas City Royals. In the year 1984, he again went for radio and talk show when he was offered a job in KFBK in Sacramento. He had a nice and successful time in KFBK and move to New York to move ahead for a national radio career.

In 1987 he joined ABC radio network where he showed his real skills and ideologies in political references which made him worldwide and popular radio presenter of all time. He even lay his hands in TV in collaboration with Roger Ailes and run the half-hour syndicated program from 1992 to 1996 which was the extension of his radio show “The Rush Limbaugh Show”. Later on, he signed the contract worth $400 million per year with Premiere Radio Network until 2016 which literally broke the record of any broadcasting services.

He is one of the highest paid salaries and his net worth is boosting every year. During his tenure in the radio business, he has been honored by many awards. He has been awarded by Marconi Radio Award, William F.Buckley, Jr. Award, CPAC’s Defender Award, National Radio Hall of Fame Award and Famous Missourians Awards.