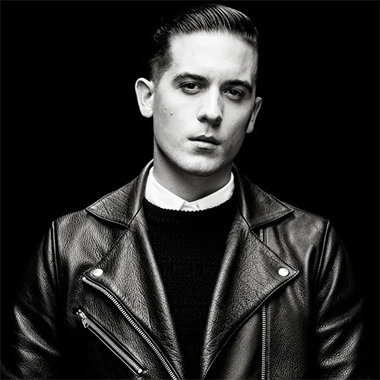 Gerald Earl Gillum, famous by his stage name G-Eazy, represents himself as an American rapper, songwriter and record producer. He is considered as the rising star in American music industry. Debuting in June 2014 with his first album These Things Happen, he started his musical career as a record producer. His first album received positive reviews and was placed at number 3 on the US Billboard 200. He is considered as one of the talented and versatile rappers and has moved his pen in songwriting as well. His next album When It’s Dark Out was released on December 4, 2015, which helped him to gain wide recognition.

Moving back to his early days, G-Eazy was born on May 24, 1989. His mother and father separated when Gillum was in first grade. His father is an associate professor of art at CSU Fresno. After the divorce of his parents, he moved to Berkeley, California to live with grandparents along with his brothers James and Noah. Later, he moved to North Oakland. Gillum completed his high school education from the well-known school of Berkley.

When Gillum was 12 years he found out that his mother was dating women named Melissa Mills which initially embarrassed and confused Gillum and could not understand what was going on his mother’s personal life. Later on, he accepted Mills as his family member but Mills died of an overdose of the drug she had been using to treat her manic depressive disorder. Gillum detailed about it in the song “Everything Will Be Ok” from his second album.

While he was a student at the Loyola University at New Orleans G-Eazy began to work out for numerous single and also started to work as a record producer. At the same time, he became a member of hip hop group along with artists such as Lil B, Crohn, and The Cataracs. He released several songs while he was associated with the hip hop group The Bay Boyz.

During his career, he was worked other well-known artists such as Snoop Dogg and Lil Wayne. As a prominent rapper, he traveled various cities of US during his tour which include: Des Moines, Atlanta, Austin, Philadelphia, St. Louis, Columbus, Pittsburgh and much more. On 26 September 2012, his first full-length album Must Be Nice was released which was completely independent of a label. His first major-label album These Things Happen was released on June 23, 2014, and the album topped the US Billboard’s Hip-Hop/R&B.

Besides music, G-Eazy has also been involved in Fashion. He has collaborated with Rare Panther and was named GQ’s top 10 most stylish in New York Fashion week in 2014. Moving to his personal life, he was linked with a girl named Devon Baldwin and a source has stated that he has had off and on a relationship with her.

He met Devon in his college are they still together. He can be considered as the tall guy with the height of 6’5’’. His estimated amount of net worth is $1million. To get more information on him, he can be followed on social networking sites and update about his tour can be found in his official webs.