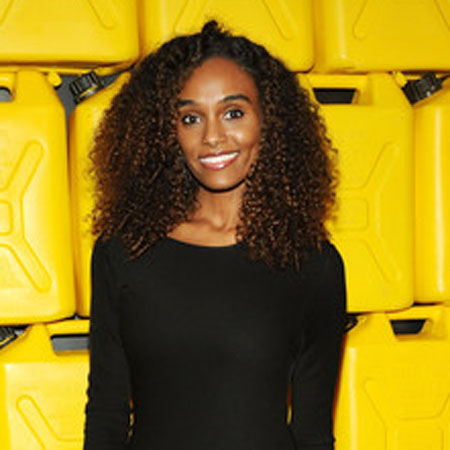 Gelila Bekele is a renowned model, humanitarian, social activist, and filmmaker from Ethiopia. She is well known for playing the role of Mulunesh in film Full.

Being a well-known star, Gelila Bekele earns her salary and net worth from her modeling and other work. She has done modeling for a different fashion line and brands through which she obtains a good sum of money. Moreover, she penned a book named Guzo and also adds her net worth from her endorsements deals.

As of now, Gelila Bekele’s net worth is estimated to be around $400 thousand. As she is still active in this industry, no doubt that her net worth will go higher in coming days.

Gelila Bekele has not talked about her love-life and past boyfriends in any of her interviews. Currently, she is dating Tyler Perry since 2009.

Her boyfriend, Tyler is an American actor, producer, and songwriter. Although not married, the couple has a child. Gelila gave birth to her first child Aman Tyler Perry at age 28 on 30th November 2014.

Gelila Bekele was born on 4th September 1986, in Addis Ababa, Ethiopia. She has a sister, Anna Rossetti.

She spent most her life shuttling between Europe and the United States. Since her childhood, Gelila Bekele had an interested in modeling and always dreamt of being a model.

Gelila Bekele began her modeling career in 2006, working as a high fashion model with Ford models in New York and Paris.

Gelila is also a humanitarian and social activist. Gelila gives much of her time to helping Girls in Ethiopia about Education and Clean Water. Gelila is most enthusiastic about her work with the organization Charity: Water, founded by photographer and entrepreneur Scott Harrison.

During her work with Charity: Water: Gelila Bekele

Gelila Bekele made her acting debut in 2009, playing the role of Mulunesh in the movie Full. Additionally, she is pursuing her passion as a documentary filmmaker. Her documented film, Mai: Life is not Honey released in 2015.

Apart from that, Gelila Bekele is also an author of the book named Guzo in 2016, which is documented in the daily lives of native Ethiopians.