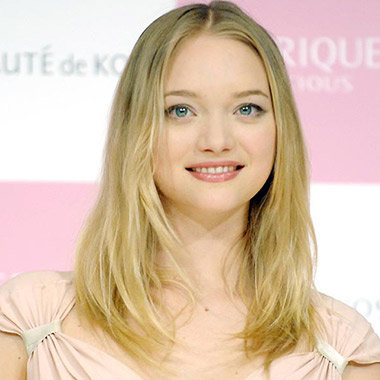 While talking about Australian born model who has gained name and fame international arena of modeling, Gemma Ward is a name that comes at the very beginning. Gemma Louise Ward, famous as Gemma Ward introduces herself a fashion model and acress who was scouted at the age of 14. She made her Australian Fashion week debut when she was just 15 years old. She also made her appearance on the cover of the Vogue (American edition) and became youngest model to be on the cover of Vogue. She also appeared on the cover of Teen Vougue and Time Vougue Paris and later she was listed in top 30 models in 2000s.

Born in November 3, 1987, Gemma Ward made her first acting appearance from the film The Black Ballon. Since then she has made her appearance in various films such as The Strangers, Pirates of the Caribbean: On Stranger Tides (2011). Talking about early life, she was born as a second child of Gary Ward and Claire. Her father is an Australian doctor whereas her mother was and English nurse. She was born as second child among four children. Her older sister, Sophie is also a model and she has twin brothers named Oscar and Henry. She completed her education from Presbyterian Ladies’ College and Shernton College. During her school days, she played a role of witch which developed passion of acting on her when she was ten.

Gemma Ward's modeling career started quite interestingly, she was discovered when she was accompanying her friends in model competition Search for a Supermodel. Although she didn’t win the competition she grabbed attention of Viven’s model agency and started modeling. At the age of sixteen, she became the youngest model to make appearance on American Vogue, for which she did her photograph with Steven Meisel. During the same year, she appeared on the cover of Australian Vogue three times. She also made her appearance on Vogue Italia, Vogue China and Vogue India. Besides magazine she made her appearance on television program 60 Minutes where she played role of “It Girl”. Allure magazine described Ward as the model of moment. In 2009, she announced her retirement from modeling although there had been rumor of her retirement in 2008, which she rejected.

Since her childhood, Gemma Ward has passion for acting and drama. She made her appearance in the film The Black Ballon, suspense thriller The Strangers, Pirates of the Caribbean: On Stranger Tides.

Moving to her personal life, Gemma Ward faced tragedy in her life when Heath Ledger died in 2008. She had been dating Ledger for short time. Later on she married David Letts and the couple has a baby girl, who was born in early December 2013. Ward stands tall with height of 5’10’’. Ward has perfectly maintained body shape. She looks gorgeous in red dress which was her choice in various fashion shows. Coming to this far she has made net worth of $6million. To get more updates on this model, she can be followed in her social networking sites’ profile and her own official website.