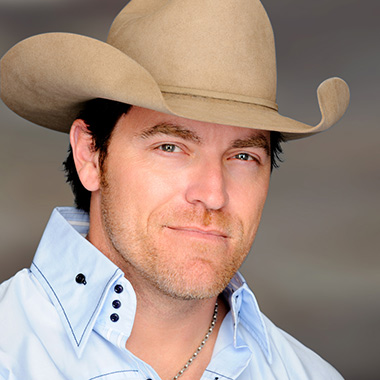 When George Canyon was 14 years old, he was diagnosed with type 1 diabetes. He also has given talks to children about diabetes. He was named the official anthem singer on 16 October 2014 for the Calgary Flames of the National Hockey League.

In his career, he did many jobs. He worked as a police officer. He also has worked as a slaughterhouse beef inspector. He later became the owner of his own recording studio. Since his early days, Canyon dreamed of becoming a professional musician. He is a happily married man. He is blessed with two children’s. Her wife is a very hardworking person as she used to work three jobs during the day so that her husband could sing at night. He competed in Nashville Star 2 in 2004. Because of his talent and hard work, he became runner-up in the competition. He became very famous in Canada and also got many supporters.

George Canyon became the only Canadian to make the cut for the competition. He received many accolades from fans and the industry alike after the end of the competition. He was awarded Juno Award for Best Country Recording of the Year for his album One Good Friend. He won nominations for Canadian Country Music Awards four times. He also won Male Vocalist of the Year and the Fan Choice Award.

Canyon performed at China-Canada: Hand in Hand on September 22, 2007. China-Canada: Hand in Hand is a joint concert which was held in Vancouver between Canadian Broadcasting Corporation (CBC) and China Central Television (CCTV) to celebrate the one-year countdown to the 2008 Beijing Olympics. He performed “What a Fine Jasmine Blossom” at the concert. He also performed the duet along with Mandarin singer Tang Can. Nova Scotia-born Canyon was appointed by the Canadian defense minister Peter MacKay on January 9, 2008, to the position of honorary colonel at 14 Wing Greenwood. In December 2011 the appointment was expired, he was appointed colonel commandant of the Royal Canadian Air Cadets.

He also has performed as an actor in television and movies. In 2007 he first played as “Head Forest Ranger” in the seventh and final season of the popular television series Trailer Park Boys. In 2010, George Canyon appeared in the series Heartland playing the character Charlie Wells. In 2012 he appeared in the film Dawn Rider playing the character Cattle Jack. This was his most notable film.

He has a large number of fans. He uses almost all social networking sites to keep in touch with her fans. He also has his own official site. As of 2016, George Canyon has a net worth of $10million dollars.?