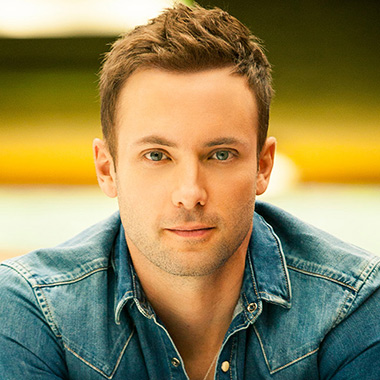 Dallas Smith is a Canadian country singer-songwriter. He is mainly known as the lead vocalist in the band Default. He currently signed to 604 Records/Universal Music Canada. On May 22, 2012, he released his solo debut country album Jumped Right In. His album won the nomination at the 2013 Juno Awards as Country Album of the year. He was named the most-played Canadian country act and overall at number 8, at the end of 2012 according to Mediabase. Canadian Country Music Association nominated him for Single of the Year, Male Artist of the Year and Album of the Year. On September 8, 2013, he performed at the CCMA broadcast award ceremony.

Dallas was the lead singer of the rock band Default before his solo career. The band was famous for their number one single “Wasting My Time”. As growing up he always had a passion for music. According to him, The Beatles and female country singers Reba McEntire and The Judds were his main influence. He is very shy and because of which he was reluctant to express his musical talent. He then later made the decision to face his fear and play the cover songs with some of his friends. When he was 21 years old he signed his first record deal.

On May 22, 2012, Jumped Right In was released under the production of Joey Moi via 604 records. The tracks were written by Smith along with Rodney, Chris Tompkins, Chad Kroeger, Rodney Clawson, Zac Maloy, Craig Wiseman, Moi and much more. The album was successful in securing at number 19 on the Canadian Albums Chart. It has also generated five charted singles on the Canadian Hot 100. The album won the nomination at the 2013 Juno Awards for Country Album of the Year. The album also won the nomination for Album of the Year for the 2013 Canadian Country Music Association Awards. The album has sold over 100000 copies.

Dallas Smith performed his first solo tour in November 2012 with Chad Brownlee. The tour was named as the Boys of Fall Tour and traveled across Canada. As the Boys of Fall Tour became successful, he teamed up with Brownlee to create the annual Boys of Fall Charity Golf Tournament and Concert. On August 27, 2013, the concert took place at the redwood Golf Course in Langley, BC. The concert was sponsored by the radio station JRfm. The money raised from the concert were donated to an organization Basics for Babies. The tourney will take place on August 26, 2014.

He signed with Republic Nashville in October 2013. He released his first American single Tippin’ Point. The song was written by Tyler Hubbard of Florida Georgia Line with Jaren Johnston and Brian Kelley. On March 4, 2014, he released Tippin’ Point in Canada and US. In June 2014 a third single A Girl Like You was released. Lady Antebellum performed his single Slow Rollin on the deluxe edition of their album 747.

Dallas entered a recording studio in Nashville in 2014. With producer Joey Moi, he recorded his second full-length studio album. On November 25, 2014, the album Lifted was released. On October 28, 2014, he released his first single Wastin Gas.

Born on December 4, 1977, in Langley, British Columbia, Canada, Dallas Smith married his longtime girlfriend Kristen in 2012. The couple has a son named Carson. The couple was blessed with a second child, a daughter named Vayda in 2014. So far, Dallas Smith’s net worth and salary are not disclosed.