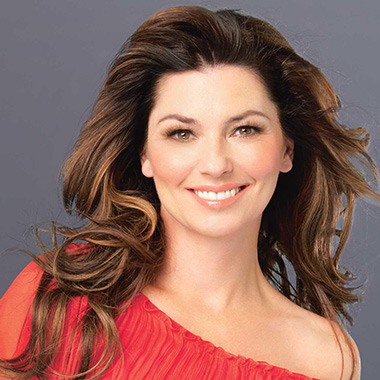 Eilleen Regina Edwards widely known by her stage name Shania Twain is a Canadian songwriter and singer. She has managed to sell over 85 million records, which made her the best-selling female artist in the history of country music and one of the best-selling artists of all time. Her success earned her various honorific titles including the “Queen of Country Pop”.

Twain was born on August 28, 1965, in Windsor, Ontario. Her parents are Clarence Edwards and Sharon. Her parents divorced when she was just the age of two and she, along with her sister Jill and Carrie Ann moved to Timmins, Ontario with their mother. While being there Sharon married Jerry Twain from the nearby Marragami First Nation who was an Ojibwa. By changing the names of girls into Twain, Jerry adopted the girls.

Later, Sharon and Jerry had a son together, Mark. Twain had very difficult childhood since they use to earn a little money. Sharon faced lots of difficulties and depression. At the age of 8 years, Twain started singing at the bars so that she could pay her family’s bills. At the age of 10 years, Twain wrote her first songs Just like the Storybooks and Is Love a Rose which was fairy tales in rhyme.

While she was in Timmins, Shania Twain joined a school called Timmins High and Vocational School and became a singer for a local band Longshot. Twain was invited to perform in the Tommy Hunters show on CBC Televisions when she was of the age 13 years. In June 1983 after graduating from Timmins High school. When she left the band Longshot she was approached by Diane Chase for a band named Flirt. Toronto DJ Stan Campbell noticed her in 1984. He also wrote about her in Country Music Article .Twain met Country Singer Mary Bailey in 1976 and he was amazed by Twain’s talent. Twain was displayed as the back vocalist to the song Too Hot to Handle. She formed a new band with Eric Lambier rock keyboardist and drummer Randy Yurko while she was staying in Downtown Kirkland Lake and after 3 months she moved to Bowmanville.

In 1986 Bailey arranged John Kim Bell half American and half Mohawk conductor to meet because Bell had close contacts with the Canadian Country Music Association directors. Bell and Twain secretly started dating. After her mother and stepfather died in a car accident on 1 November 1987 she moved back to Timmins to take care of her sisters. Afterwards, Twain took them to Huntsville, Ontario. After few years she signed with Mercury Nashville Records. In 1993 she released her self-titled album in North America. In 1993 she met Robert Mutt Lange who was a producer and offered to produce and write songs together. Just within weeks they became very close culminating in their wedding on 28 December 1993. She released her second studio album The Woman in Me in 1995 .In the history of country music, Twain is one of the bestselling female artists. All together she has sold more than 85 million albums worldwide.

In 1995, Shania Twain released her second studio album which made her famous worldwide. Any Man of Mine was her spawning hits, this album sold 20 million copies whole over the world. Her songs Whose Bed Have Your Boots Been Under, If You’re Not in it for Love I’m Outta Here, No one need to know and You win my love were the plus minor country hit. You’re Still the One, When Honey, I’m Home, You’ve Got a Way, Man! I Feel Like a Women, From this Moment and That don’t Impress Me Much and the 12 songs that saw release as singles. For 11 weeks Come On Over became No. 1 in UK album charts. She released the album Greatest Hits in 2004 with 3 new tracks. Over 4.15 million copies had been sold till 2012. For the first time in 11 years, Twain will be going on the tour which she announced on Good Morning America on March 4, 2015. She will begin it from Seattle, Washington from June 5.

In June 1993, Robert Mutt Lange and Twain first met at Nashville’s Fan Fair and became close quickly and after few months they got married on December 28, 1993. In August 2001 Twain gave birth to a son Eja. Twain and Robert got divorced on June 9, 2010, after she knew that she had an affair with her best friend Marie-Anne. She married Frederic Thiebaud who was the ex-husband of her best friend Marie-Anne on January 1, 2011, who was an executive at Nestle.

Shania Twain, who has Dark Brown hair color and light brown eyes has a net worth $350 million dollars as of 2016.