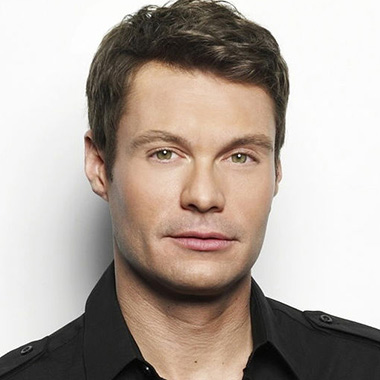 Ryan Seacrest is an American television host and radio personality. He is mainly known for hosting American Idol, America top 40, and On-Air with Ryan Seacrest.

Seacrest was born on December 24, 1974, in Atlanta, Georgia, U.S. His birth name is Ryan John Seacrest. He was born to a homemaker Constance Marie and a real estate lawyer Gary Lee Seacrest. When he was 14 years old he studied at Dunwoody High School. He was awarded an internship at WSTR in Atlanta. He was 16 years old then. While he was at WSTR, he was given the weekend overnight shift. Until graduation in 1992, he worked at WTSR. In fall 1992 he joined the University of Georgia to study journalism. When he was 19 years old, he left the university to pursue his broadcasting career and  moved to Hollywood.

Seacrest started hosting ESPN’s Radical Outdoor Challenge 1st season in 1993. From 1994-96 he hosted Gladiators 2000, in 1995 he hosted Wild Animal Games and in 1997 he hosted Wild Animal Games. He then appeared as the host of the game show “The Final Proof” on Beverly Hills, 90210. He also has hosted The NBC Saturday Night Movie. He then hosted a reality TV program Ultimate Revenge in 2001. In 2002 he started co-hosting American Idol with comedian Brian Dunkleman. He became famous through American Idol. The reality show was seen by 26 million viewers weekly and increased the show popularity. He became famous all around the world.

He signed 3 year deal with US cable channel E! for $21 million in January 2006. He hosted as well as produced various programs which include E! News. He also launched Ryan Seacrest Productions in the same year. He made Adam Sher, his longtime William Morris Agent, as CEO in August 2008. He then signed a deal with NBCUniversal in April 2012. He remained managing editor for E! News. He also has produced Keeping Up with the Kardashians which is the highest rated show. He also has hosted Kourtney and Khloe Take Miami, Khloe and Lamar and Kourtney and Kim Take New York. He also has produced Jamie Oliver’s Food Revolution.

Ryan Seacrest dated Julianne Hough, a professional dancer, actress, and singer. She is known for competing in Dancing with the Stars. On March 15, 2013, it was announced that they ended the relationship after being together as girlfriend and boyfriend for over two years.

Seacrest returned to the University of Georgia to give advice to alumni and receive an honorary Doctor of Humane Letters degree on 14 May 2016.  His net worth is $65 million dollars as of 2016.

He is the founder of the nonprofit Ryan Seacrest Foundation in 2010. He named Selena Gomez as Ambassador to the Foundation in April 2012.