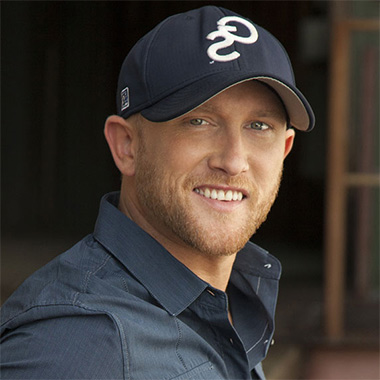 Cole Swindell is an American country music recordist, artist, and songwriter. He is mainly known for his 2013 hit “Chillin’ It”.

Cole Swindell was born on June 30, 1983, in Glennville, Georgia, United States of America. His birth name is Colden Rainey “Cole: Swindell. He was born to parents Keith Swindell and Betty Carol Rainey. On September 2, 2013, his father died unexpectedly. He has two brothers and a sister. He was raised in Bronwood, Georgia.

He attended Georgia Southern University and graduated from there in 2007. She majored in marketing. He sold items for Luke Bryan, fellow Sigma Chi member, from 2007 to 2010. Swindell signed a publishing deal with Sony/ATV Music Publishing in 2010.

He wrote Luke Bryan’s “Roller Coaster”, “Love in a College Town”, “Just a Sip”, “I’m Hungover”, “Beer in the Headlights”, “Shake the Sand”, “Love in a College Town”, “Out Like That”, “I’m in Love with the Girl” and “Shore Thing”, Craig Campbell’s “Outta My Head”, Scotty McCreery’s “Carolina Eyes” and “Water Tower Town” and Thomas Rhett’s “Get Me Some of That”. He also has co-written Florida Georgia Line’s “This Is How We Roll” with featuring Bryan on the song. He also has co-written A.M. album, where Chris Young has a song “Nothin’ but the Cooler Left.”

Swindell released his independent debut single “Chillin’ It” in 2013. His single was heavily played by satellite radio channel “The Highway” on SiriusXM. His single was successful in climbing the success in the chart. He then signed a record deal with Warner Music Nashville. The song was produced by the son of Bryan’s producer Jeff Stevens, Jody Stevens. Jeff Stevens was formerly one-half of the duo Fast Ryde. His recording of single “Chillin’ It” consists a demo of Swindell’s vocals and Steven performing all instrumentation. Before it has been mastered, it was sent to radio.

On February 18, 2014, Swindell released his self-titled debut album. Michael Carter, the guitarist of Bryan, produced the rest of the album. He opened Luke Bryan’s 2014 That’s My Kind of Night Tour along with Lee Brice. In mid-January, the tour date began and ran into early March. His single “Chillin’ It” became successful in reaching at top 5 hit on Country Airplay and it became number 1 single on Hot Country Songs. He co-wrote the album’s second single “Hope You Get Lonely Tonight” with both members of Florida Georgia Line. On November 3, 2014, the album’s third single “Ain’t Worth the Whiskey: was released to country radio. In April 2015 it reached number 1 on the Country Airplay chart. On April 20, 2015, the album’s fourth single “Let Me See Ya Girl” was released to country radio.

He released an EP titled The Down Home Sessions on November 17, 2014. In the same year, he went on a tour with the same name as the Ep. As of 2016, Cole Swindell’s net worth is $ 3 million dollars.