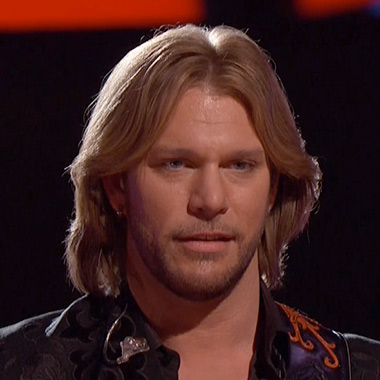 Craig Wayne Boyd (also known as C-W-B) is an American country singer and songwriter, who rose to fame after winning the Season 7 of NBC’s reality TV singing competition ‘The Voice’ as a part of Blake Shelton’s team.

Craig was born on February 7, 1981, in Mesquite, Texas. He was raised in the Dallas, TX suburb of Mesquite, TX. He grew up in the atmosphere of the country music. During his early days, he used to play many instruments. He was also church’s choir director.

In 2004, he moved to Nashville, TN, at the age of 25. He then moved to Nashville to pursue his career in country music, where he signed a publishing deal with EMI. Many of years, he spent his time writing songs. He later began touring and also was opening for acts such as Randy Houser, Jamey Johnson, and Brantley Gilbert.

Wayne Boyd debuted on the seventh season of The Voice on September 30, 2014. When he was in the blind audition of The Voice, he sang “The Whiskey Ain’t Workin” by Marty Stuart and Travis Tritt. When he sang the song, two of the coaches, Pharrell Williams and Blake Shelton turned around. He chose Blake Shelton as his coach. He was paired with James David carter to sing “Wave on Wave” by Pat Green, during the battle rounds. Coach Blake Shelton chose Carter over Boyd by he was saved by Coach Gwen Stefani. During the Knockout Rounds, he was paired up with Anita Antoinette. He sang “Can’t You See” by The Marshall Tucker Band. He, unfortunately, lost the round but Coach Shelton stole him back and advanced him to the Live Playoffs. He sang “Some kind of Wonderful” in the Live Playoffs. He advanced to the Top 12 as he was saved by the Public’s votes.

He successfully advanced to finals and performed three songs for the week of the finals. Craig Wayne Boyd first performed Alabama’s “In Pictures” as his solo song. His second performance was with his coach Blake Shelton. With his coach, he sang Randy Houser’s “Boots On” as a duet. He then performed an original song “My baby’s Got an Amile on Her Face”. The song is Boyd’s debut single.

On December 16, 2014, Craig Wayne Boyd was declared as the winner and signed with Dot Records and the Universal Republic after winning the show. In 2015 he released his debut album.