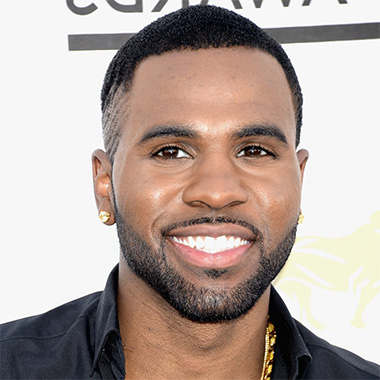 Jason Derulo is an American dancer, singer as well as songwriter. He was born on September 21, 1989, in Miami, Florida, United States. His birth name is Jason Joel Desrouleaux but he is famous with his stage name. He was born to Haitian parents and .Derulo started his musical career as a solo recording artist from 2009.

He has written songs for many artists which include Donnie Klang, Lil Wayne, Diddy, Sean Kingston, Danity Kane and Cassie. He has dreamt of becoming a solo performer since his early days. Derulo attended The American Musical and Dramatic Academy and sharpened his talent as a dancer and singer. He also has acted in the theater for productions like Ragtime and Smokey Joe’s Café. He won the finale of TV show Showtime at the Apollo in 2006. Music producer J.R. Rotem discovered him and signed him to Beluga Heights Records and Warner Bros. Records.

Jason Derulo released his debut single “Whatcha Say” on August 4, 2009. His single was produced by J.R. Rotem. His song debuted at No. 54 on the Billboard Hot 100 and in November 2009 it was placed at No.1. In September 2009 his single’s music video was released. On December 8, 2009, he released his second single from his album “In My Head”. On March 2, 2010, his debut album “Jason Derulo” was released. On April 26, 2010, his third single “Ridin’ Solo” from his third album was released worldwide. For song “Coming Home” he collaborated with UK singer Pixie Lott

He then recorded a track with Demi Lovato “Together” for her album “Unbroken” in 2011. On September 27, 2011, he released his second studio album “Future History”. On May 20, 2011, he released his lead single from the album titled “Don’t Wanna Go Home”. His single was successful to rank at No. 1 in the UK and in top five in Australia. While he was practicing for his Future History Tour, he broke his vertebrae on January 3, 2012. He appeared on American Idol on March 28, 2012. For the first season of dance talent shows “Everybody Dance Now”, Derulo became dance master alongside Kelly Rowland.

Jason Derulo started dating singer Jordin Sparks from 2011 and ended their relationship after being together as boyfriend and girlfriend for three years before in September 2014.