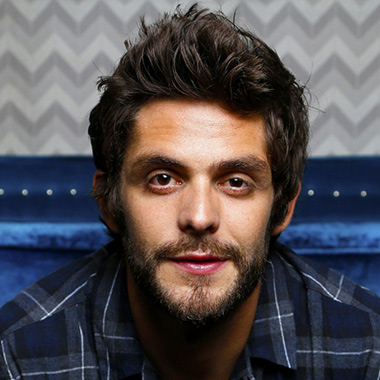 Thomas Rhett is an American country music singer. From his debut album “It Goes Like This” he has five singles which include the title track “Get Me Some of That” and “Make Me Wanna”. His singles went to number 1 on Country Airplay. He has written singles for Lee Brice, Jason Aldean, and Florida Georgia Line.

Thomas Rhett was born on March 30, 1990, in Valdosta, Georgia. His birth name is Thomas Rhett Akins, Jr. but is famous by his stage name Thomas Rhett. He was born to his parents Rhett Akins and Paige Braswell. He learned to play the drums in junior high school. He went onstage with his father Rhett Akins when he was old enough. He used to play drums for his father. When he was in high school, a band was formed called as “The High Heeled Flip Flops”. He only had a music career on his mind since his early days. He attended college at Lipscomb University in Nashville, Tennessee after his high school. Rhett played there as a member of Tau Phi for their cowboy show. He got used to playing in the crowd as he played for frat parties and other shows.

He co-wrote the song “I Ain’t Ready to Quit” on 2010 album of My Kinda Party of Jason Aldean. Rhett released his debut single “Something to Do with My Hands’ in early 2012. He then following year released “beer with Jesus”. His singles were successful in making on Top 30 on the Hot Country Songs charts. He then released his third single “It Goes Like This”. His single topped the Country Airplay chart. It was also successful to peak at number 2 on the Hot Country Songs. On October 29 he released his debut album titled as “It Goes Like This”.

In early 2014 he released his fourth single “Get Me Some of That”. It became second number 1 single. On August 4, 2014, he released his album’s fifth single “Make Me Wanna” to country radio. On March 7, 2015, it reached number one on the Country Airplay chart. On Brantley Gilbert’s “Small Town Throwdown” he sang guest vocals along with Justin Moore. He also co-wrote the 2013 singles Jason Aldean’s “1994”, Lee Brice’s “Parking Lot Party” and Florida Georgia Line’s “Round Here”. Rhett released his new single titled as “Crash and Burn” on April 7, 2015. His single served as the lead single to his upcoming sophomore studio album.

Thomas Rhett is a happily married man. He got married to his beautiful wife Lauren Gregory. They have known each other since first grade. On October 12, 2012, the couple got married. He is very good looking. He has a large number of fan following on his social networking sites. He keeps in touch with her fans through his social accounts.

As of 2016, Thomas Rhett’s net worth is estimated to be $5 million dollars.