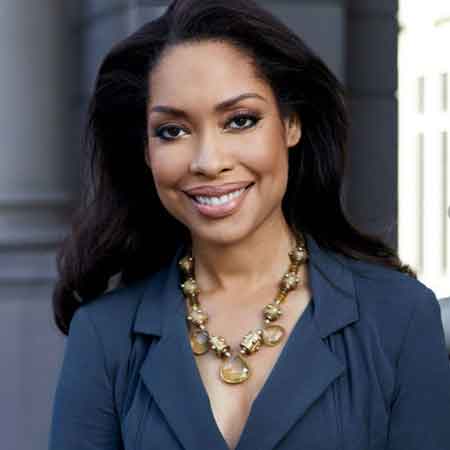 Gina Torres was born on 25th April 1969, in Manhattan, New York City, New York, the United States to Richard Torres and Rebecca Torres. She is the youngest of three children. Before moving to The Bronx she briefly lived in Washington Heights with her family.

Torres attended the Fiorello H. LaGuardia High School of Music & Art and Performing Arts in New York City and began singing at an early age. Tosses applied and got accepted by several colleges but she could not afford to attend.

Torres’s acting breakthrough came after she portrayed the role of Cleopatra in the series Xena: Warrior Princess. She gained further recognization after her role in the series Hercules: The Legendary Journeys from 1997–1999.

Gina Torres voiced one of four actors from Firefly superheroes on Justice League. She won the ALMA Award for Outstanding Lead Actress in a Syndicated Drama Series for her role in Cleopatra 2525. After three years in 2004 she was nominated for the International Press Academy’s Golden Satellite Award for Best Performance by an Actress in a Supporting Role in a Series, Drama, for her role as Jasmine in Angel. she also appeared in a couple of movies called “The Matrix Reloaded” and “The Matrix Revolutions” which was average in Box Office. She has also voiced for a very huge hit movie “Wonder Woman” in DC Universe. she voiced the character of Vixen in numerous episodes of the animated series Justice League Unlimited and replaced the voice-over of Jada Pinkett Smith’s character Niobe in The Matrix Online. Torres plays the role of CAPCOM in the updated version of Walt Disney World’s Mission: Space.

The 49 years old, Gina Torres was previously married to her long-term boyfriend Laurence Fishburne. The duo got engaged in 2001 and after a year of their engagement, they shared their vows on 22nd September 2002.

Their wedding was held at The Cloisters museum in New York City. Torres and Fishburne have a daughter named Delilah Fishburne born in June 2007. Moreover, they also have two children, a son Langston and a daughter Montana from Fishburne’s previous marriage with Hajna O. Moss.

Just before Torres confirmed her separation with Fishburne, she was spotted kissing Kevin Wright of Utah during a lunch date in Studio City. As per the source, Torres and Wright met each other on the beach in Dana Point, California, in mid-August of 2017 and then began dating.

One of the renowned actresses, Gina Torres has maintained a standard lifestyle. Her main source of income is through acting. Torres has starred in several movies and television series through which she has earned an astonishing amount of money.