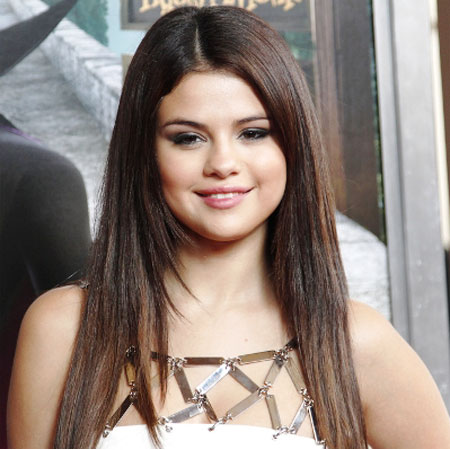 Selena Gomez is an award-winning singer and actress. She has also made her name as a philanthropist. She pursed her music career by forming a group “Selena Gomez and the Scene”.

Selena Gomez was born on July 22, 1992, in Grand Prairie, Texas to Richard Joel Gomez and former stage actress Amanda Dawn “Mandy” Cornett. She was their only daughter and was raised by her mother after their divorce. She has two half-sisters named Gracie and Tori. Also, Selena received her diploma in 2010.

Gomez first gained an interest in pursuing a career in the entertainment industry watching her mother prepare for stage productions.  She began auditioning for the various role and during an audition for Barney and Friends, she met Demi Lovato.

Selena was discovered by Disney when she was 10 years old. She began her career in show business in 2001 from the show Barney and Friends, where she played the character of Gianna. She also guests starred in other Disney shows such as in the second season of The Suite Life of Zack and Cody and as evil Mikayla for the Hannah Montana series.

Along with her acting, Gomez took her musical career side by side. She recorded a cover of “Cruella de Vill” for DisneyMania 6 in 2008. She also recorded three tunes for the soundtrack for her movie Another Cinderella Story and another song for the animated movie Tinker Bell.

Other films featuring her voice are “One and the Same” for Princess Protection Program duet with Demi Lovato and four songs for the soundtrack to Wizards of Waverly Place: The  Movie.

In 2008, Gomez signed a record with Hollywood Records. She began working on her debut album, Kiss and Tell which released in September 2009.  Gomez also had a cameo in the Jonas Brothers’ music video for the single “Burnin Up”  released in 2008.

Selena Gomez’s personal life was always in the spotlight of the media especially after being in on and off kind of relationship with pop sensation Justin Bieber.

Before Justin, Selena was in relation with Nick Jonas from the Jonas Brother. These two were together from  2008 to 2009.

After Nick, Selene began dating Justin in 2010, but it was mostly on and off relation. Justin’s permanent flirt forced these star couple to split but both of them didn’t seem to get over each other. Selena was often pictured in Justin’s clothes in 2014-2015 and the rumor of them being together was back.

These rumors stopped once Selena went out in public with Samuel Kost, a model of clothes brand Onia. But sadly this relation didn’t last long.

Selena then started dating R&B singer The Weeknd. They were spotted sharing a kiss out on a romantic dinner date in January 2017. These two made their official debut as a couple at the Met Gala in the same year. Weeknd even received a stamp of approval from Gomez’s mother, Mandy. But even their relation didn’t last long and ended after 10 months of togetherness. The reason for their breakup is said to be their difficult schedule, him being on tour and her shooting in New York.

After this breakup, Selena is spotted spending time with Justin. These Duos were spotted in church and grabbing breakfast together.  She also previously dated actor Taylor Lautner, DJ Anton Zaslavski, AKA Zedd.

In early January 2014, it was reported that Gomez had been battling Lupus- an autoimmune disease that causes facial swelling, fatigue, headache and joint pain for more than 2 years. She was officially diagnosed with the disease in 2012. In September 2017, the singer and actress revealed that advanced symptoms of Lupus had forced her to undergo a kidney transplant earlier in the year, with her roommate and friend Francia Raísa serving as the donor.

Selena Gomez is also known for her philanthropic activities. She became the youngest representative of the UNICEF at the age of 17. She has worked for the organization in Ghana volunteering for the betterment of underprivileged children in the country.

Diverse in her profession, Selena earns attractive amount from her work. As of 2017, the net worth of this star has an estimated net worth of $50 million.