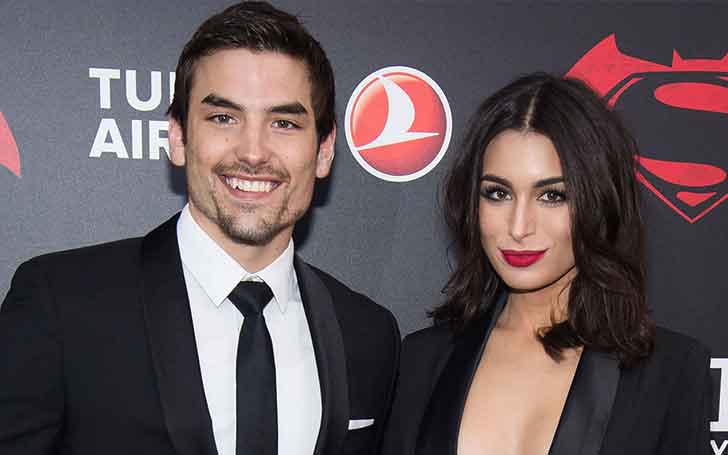 After a long-running friendship and “it’s complicated” relationship status, the Bachelor Alums Ashley Iaconetti, and Jared Haibon have finally professed their love for each other. They recently announced that they were dating through a video in Ashley’s YouTube show, The Story of Us and the fans could not be happier for the two.

Ashley and Jared were both participants in the reality Tv series, The Bachelor. The motive of the show is to find true love but it does not always deliver. Ashley and Jared however, are the exceptions.

Although they did not get together on the show, they ended up in a relationship. Today, we will be exploring Ashley and Jared’s love story. So, stay tuned.

Ashley and Jared During The Bachelor Days

When Ashley saw Jared in the Bachelorette, she was instantly enamored. The two finally met on the sets of Bachelor in paradise season 2 and it was love at first sight for Ashley.

Jared also thought that Ashley was hot during The Bachelor season 19 but did not think she was the right choice after seeing her emotional behavior. During season 2 and 3 of Bachelor in Paradise, Ashley cried over Jared many times. However, Jared dumped Ashley on the season 1 and the two stayed good friends.

Ashley and Jared were good friends even after the show. Jared eventually fell in love with Ashley after seeing her outside the show at a charity event she was planning in Virginia. The two hung out often and were flirty with each other.

Check out the whole episode of Story of Us here;

The two went on to have a full-on makeout session in Boston. Despite having a chance of being in a relationship, Jared took a step back since he was not ready to be fully committed. In the video, he said, “Of course there were more-than-friendship feelings for me, but I felt like if there was any doubt in my head, that’s so unfair for me to be halfway in.”

Jared and girlfriend, Ashley then decided to go in Bachelor Paradise season 2. The pair fought a lot through the season. Eventually, Jared signed up for Bachelor in Paradise Australia while Ashley went to Bachelor Winter Games.

Ashley began a relationship with Kevin Wednt whom she met on the show. At that moment Jared realized that he was in love with her and confessed it to her. However, Ashley did not immediately say yes. She wanted to give her relationship with Wednt a chance.

Ashley and Wendt finally split in March 2018. She felt that her relationship with Wendt had run its course. Jared then came in strong with an emotional love letter that swiped Ashley right off her feet. The two ultimately became boyfriend and girlfriend.

The pair got their fairytale ending. The two have since been going strong. They are very much in love.