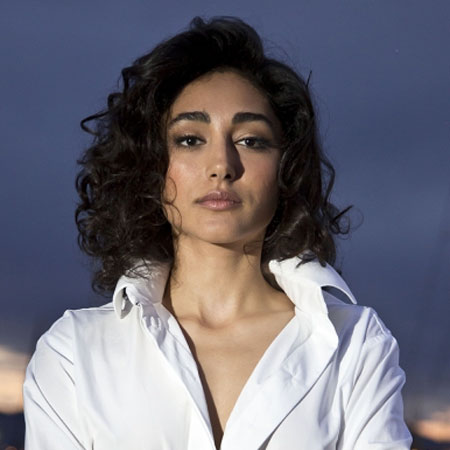 Golshifteh Farahani is an Iranian actress, musician as well as a singer. Till date, Farahani has starred in 25 films among which most of them have received international recognition.

Golshifteh Farahani was born on July 10, 1983, in Tehran, Iran. She is the daughter of a theater director and actor Behzad Farahani and an artist Fahimeh Rahim Nia. Farahani has a brother Azarakhsh Farahani and a sister Shaghayegh Farahani.

At the age of five, Farahani started studying music and playing the piano and later attended the music school in Tehran. Farahani is the graduate of Islamic Azad University.

At the age of 14, Golshifteh Farahani starred in Dariush Mehrjui‘s The Pear Tree. For her role, she won the Crystal Roc for Best Actress at the 16th Fajr International Film Festival in Tehran.

Likewise, she has starred in other popular movies such as Paterson (2016), The Song of Scorpions, Pirates of the Caribbean: Dead Men Tell No Tales, etc. Her new film The Girls of Sun and Untouchable will be released in 2018.

Twitter: Pirates of the Caribbean: Dead Men Tell No Tales

There be ghosts ???? in this post. Tag your trick or treat crew! #HappyHalloween pic.twitter.com/mi1jfpO0B6

Besides her acting career, Farahani is also involved in environmental activities and has become the ambassador for fighting tuberculosis in Iran. Moreover, Farahani was a part of a rock band “Kooch Neshin.” In the same way, Farahani and co-singer Mohsen Namjoo released an album entitled OY in 2009.

Previously, Golshifteh was married to a film producer Amin Mahdavi in 2003. However, the couple later ended their relationship with a divorce in 2011. Then in 2015, Farahani tied the knot with Christos Dorje Walker. But yet, the couple do not have any children, and there are no any rumors of their divorce. Besides this, Farahani also dated Louis Garrel 2012 – 2014 and Matthew Silver in 2015.

Controversy regarding her nude photos

After Golshifteh Farahani posed nude in the French Madame Figaro, she was reported not to be welcomed in her homeland. According to Britain’s Daily Telegraph, government officials told Farahani that “Iran does not need actors or artists like you. You may offer your artistic services somewhere else.”

The picture caused a lively debate about her behavior on her Facebook. Furthermore, Farahani also appeared topless in the black-and-white movie Corps et Âmes or Bodies and Souls of Jean-Baptiste Mondino.

Since a long time, Farahani is still active in the field of acting. So her net worth is sure to be increased in upcoming days.