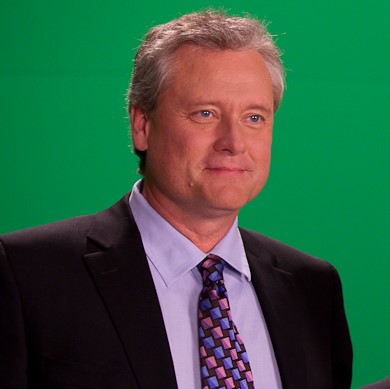 Gord Steinke is one of the most popular journalists and author, well known to Edmontonians as the Anchor and Senior Producer of Global Edmonton News. He serves the News Hour, every weeknight at 6.00 on Global Edmonton.

Gord Steinke attended Walter Murray Collegiate. Then, he enrolled the University of Reginal and gained his Bachelor of Arts in Journalism and Communications from there.

After his graduation from the University of Reginal, he began his career in Saskatchewan. His first job was in print journalism, then CBC Radio newscast. He later attempted south of the border and worked at the now defunct All News Channel in Minneapolis, Minnesota. Working as both an anchor and a reporter, Gord reported the invasion of Panama and the Gulf War. However, Gord and his family were homesick for Canada, and couldn’t stay in the U.S. forever.

He grabbed the chance to join ITV (now Global Edmonton) back in 1992. His employing proved to be very popular with viewers. Edmontonians have voted in Gord as their favorite news anchor several times since. His wackiest moment was in November 2007. Gord and his longtime friend (and then-co-anchor) Lynda Steele went from partners on the desk to competitors on the race track. The two took part in the first annual Celebrity Charities Challenge at Northlands. The pair split a $10,000 purse between Gord’s charity (Kids in the Hall Bistro) and Lynda’s charity (the Alberta Council for Women’s Shelters). 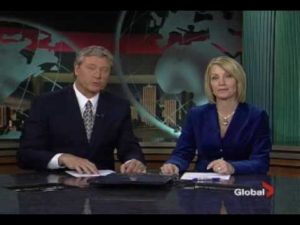 Dealing with the unexpected is Gord’s favorite part of the job. “Every day is different. You never know what’s in store for you when you walk into the newsroom. This job is always exciting and interesting. Plus, we have an extremely creative and intelligent team at Global Edmonton. It’s serious business and hard work, but we also have a lot of laughs.”

Gord’s proudest professional moment was when the Global Edmonton team won the best major market newscast award from the Radio-Television News Directors Association. One of Gord’s proudest moments was when he was awarded a huge military honor. He was appointed Honourary Lieutenant Colonel of the 15th Edmonton Field Ambulance by the Federal Government. The unit is part of the 41st Canadian Brigade Group. 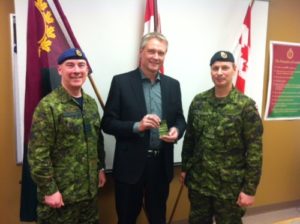 In the fall of 2006, Gord launched Your Town, a feature that quickly proved to be a favorite with viewers, heading out to rural Alberta communities to profile province’s hidden gems and tell the stories urbanites otherwise might not hear about.

In 2007, Gord nabbed two nominations from the Alberta Motion Picture Industries Association (AMPIA) for Your Town. The feature has now evolved into a new segment called “Up Front.”

Being a successful journalist, he is also a best-selling Canadian author. He wrote Mobsters and Rumrunners of Canada, which is sold in bookstores across Canada and even the United States. It centers on a little-known part of Canadian history: the roaring 1920s and the connection between Canadian and American gangsters during prohibition.

He is a music lover and a rock ‘n’ roller, with three rock albums under his belt. Gord is a happily married man. His wife’s name is Deb Steinke. He often spotted with his wife in events and occasions. In 2015, the couple spotted together in the World Longest Hockey Game where they clicked pictures with their fans as well. They also went on a tour of Harley-Davidson Road King in 2006 where they spent lovely time together.His handsome salary mostly hails from his journalism and other charity works, however, he has not revealed his estimated net worth on social sites. 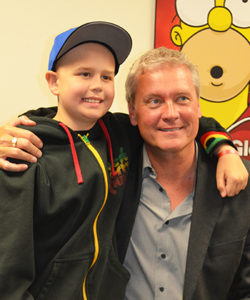 Deb also enjoys spending as much time as possible touring on their 2006 Harley Davidson Road King and taking in the great outdoors Gord has been involved with the Kids with Cancer Society for nine years and has supported the organization in various fundraising events including the Revving up for Kids motorcycle adventure and the Beaded Journey Gala. He has also supported many other causes in the past including MADD, Ride for Dad, Fashion with Compassion and Santa’s anonymous.