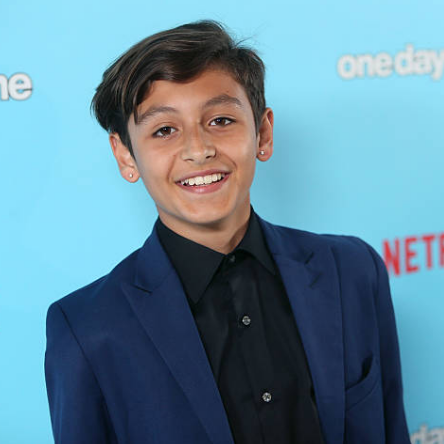 Marcel Ruiz is an American TV actor, who landed a starring role as Alex Alvarez in the Netflix reboot of “One Day at a Time.” He also appears in crime drama series “Snowfall,” where he played Popeye.

Marcel Ruiz was born on July 9, 2003, in the United States. He belongs to Latin- Hispanic ethnicity. He took classes at the Debbie Allen Dance Academy and Groundlings. Ruiz has not mentioned his parent’s name in his bio.

Marcel Ruiz began his acting career appearing in commercials for Old Navy, which was directed by Roman Coppola. After auditioning for three television series, he was selected in the Netflix reboot of “One Day at a Time.” Marcel Ruiz has been cast as Alex, a too-cute-for-his-own-good Cuban-American tween, more preppy than his sister, Elena Alvarez, ( Isabella Gomez). He is the baby of the family and not above working the good kid angle. Mike Royce along with Gloria Calderon Kellett wrote the series whereas Lear and Michael Garcia served as executive producer.

The series focuses on 3rd generations of a Cuban-American family, led by newly single military veteran Penelope (Justina Machado), as they all try to live together under one roof. The two legends are involved, Rita Moreno, one of only two people in history to earn a Triple Crown of Acting (Oscar, Emmy, and Tony), plays Lydia, Penelope’s mother; and 94-year-old Norman Lear himself executive-produces, with Gloria Calderón Kellett and Mike Royce serving as showrunners. The series is produced by Act III Productions, Inc., Snowpants Productions and Small Fish Studios in association with Sony Pictures Television.

Marcel’s recent project “Snowfall” is an American crime drama television series which was created by John Singleton. On the show, he plays, Popeye. The series was initiated in 2015 and was picked up by FX on September 30, 2016, which contains ten episodes in the first season.

The teen actor has already made his appearances as Alex Alvarez in the Netflix reboot of “One Day at a Time” and also has been cast in the pilot for ‘Snowfall.’ He has earned tremendous fame and economic success, unlike normal children. His salary hails from his acting career, however, his exact figure net worth is not yet revealed. Marcel Ruiz is likely to worth in the millions as he has appeared in various big budget shows on a daily basis. He is active on social networking sites like Twitter.