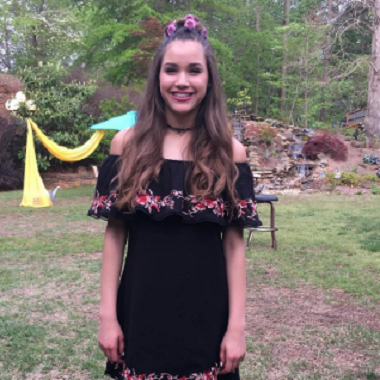 Gracie Haschak is a teen talented sensational dancer, well known for featuring along with her sisters, Madison Haschak in the MattyB music video for “My Humps” and her cover video of Kanye West’s “Clique.” She also involved as a dancer with the video game “Just Dance 2.”

Gracie Haschak was born on 7th April 2002 in California, USA. She is the daughter of John Haschak and Kathi Haschak. Her mother worked as the studio manager in the Temecula Dance Company. She has three siblings Madison, Olivia, and Sierra, who are also dancers and work alongside her. She has near to a decade of training with ‘Temecula Dance Company’ in the styles of musical theater, jazz, lyrical, ballet, hip-hop, and tap. 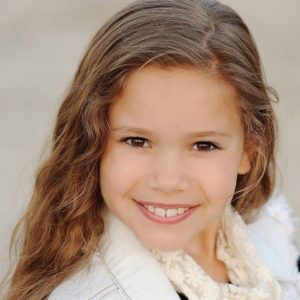 Gracie first appeared on a music video of MattyB’s “Daddy Says No.” The Haschak has now danced on many music videos and sang cover songs. They have their YouTube channel, Haschak Sisters. She has featured with her sister Madison, Olivia in the MattyBRaps music video, ‘My Humps.’

They also like to collaborate with other YouTube users. She regularly uploads videos on her channel and also performs on stages. She along with her sister, Madison did a cover video together of Mark Ronson’s “Uptown Funk,” which has over million views. She has also appeared in the videos such as Daddy Says No (2016), Sorry, I Wanna Dance Clique, Gold Digger, Get Away( 2016), Gossip Girl( 2016), Girls Rule the World ( 2016) Slumbe Party ( 2017).

Teen sensational dance already won millions of people’s heart through her performance, which has a huge following of 318k people on Instagram. She regularly posts photos to her Instagram and social sites and keeps her fans up to date and well informed.

She has openly spoken about her personal life and relationship status on several occasions. Once, she had a session on her channel where people asked if she had a boyfriend. She refused and told she was busy with school, study, and dance. She also said that she would probably date when she reached 20.

Gracie is also rumored to be dating a YouTube singer and rapper MattyB. But it was just proved to be false. As of now, she is single and enjoying her time dancing and playing with her family and friends.

This rising active undoubtedly earns an attractive salary from her dancing career however her estimated net worth is still unknown to us. She is an American and is of white ethnicity. The 5′ 4″ dancer is active on social networking sites.