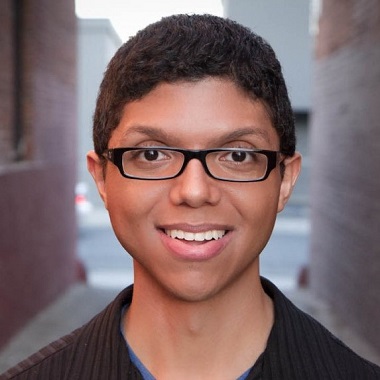 Adam Nyerere Bahner famously known as Tay Zonday is an American musician, singer, voice actor, comedian, announcer and Youtube personality. He is also recognized as bass singing voice. His name and fame rise along with the increment in numerous fan follower after the released of “Chocolate Rain,” which has more than 112 million views (As of May 2017).

Adam Nyerere Bahner was born on July 6, 1982, in Minneapolis, Minnesota, United States. He joined Illinois Mathematic and Science Academy but dropped out before graduation. In 2004, Zonday enrolled at The Evergreen State College.  He has two older siblings.

Tay Zonday started performing at Balls Cabaret at the Southern Theater in his early years. He has made appearances on national television, “Opie and Anthony Show,” “G4TV’s Attack of the show,”, VH1’s Best Week Ever, Lily Allen and Friends and  Jimmy Kimmel Live, where he performed his viral internet video “Chocolate Rain.” He also made the front page of Sunday’s Los Angeles Times on August 12, 2007. He won YouTube- award in the “Music” category in March 2008.

Tay Zonday also appeared in a commercial in “Last Laugh 07,”, hosted by Lewis Black. He was featured in the Grammy Award winning music video for rock band Weezer’s single “Pork and Beans.” In May 2008, he performed an acoustic version of the song with Brian Bell of Weezer.

He is also a voice actor; he has lent his voice for a character in Adult Swim’s Robot Chicken, making a parody of his own performance in “Chocolate Rain.” In February 2010, he made a cameo appearance in Vizio Super Bowl, commercially opened by Beyonce. He also appeared on Comedy Central’s Night of “Too Many Stars,” autism charity event.

He is popular YouTuber, who has over 6.5 million viewers and also ranked on top 10 best covers on Billboard.com  for cover song of Carly Rae Jepsen’s number one single “Call Me May Be” in 2016.  He was featured in the show “The Jack and Triumph  Show” in 2015.

Tay Zonday has 585 k followers in Twitter and 21.3 K followers on Instagram.  He has more than 160 million viewers on Youtube. He is 34years old, and his relationship status is single yet. He has not disclosed anything officially about his love life. His height is 5 feet 8 inches and belongs to mixed ethnicity African- American.

The youtube sensation, Tay Zonday is working in the entertainment industry since long as a comedian, voice artist, singer, actor,  and YouTuber. So, he can achieve success along with maximum revenue. His total estimated net worth is $500 thousand.