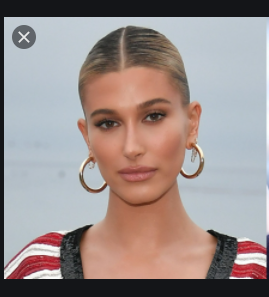 Hailey Baldwin is a renowned American television personality and model who is mainly renowned for her appearances at the 2012 Sherri Hill’s prom runway.  Besides, she is also one of the Instagram personality who has more than 11 million followers.

Following year, Baldwin featured in Ralph Lauren alongside popular Australian singer, Cody Simpson. Till date, she has collaborated with various fashion designer and company including, Prabal Gurung, Dolce & Gabbana, Italian Vogue and so on. Furthermore, in 2017, Baldwin topped Maxim’s list of the most beautiful women in the world.

Apart from the modeling career, the gorgeous woman has also made several television appearances. She appeared in an episode of the television show Saturday Night Live alongside her uncle Alec Baldwin and vocal group, Jonas Brothers. Besides, she also appeared in the music video of Australian Singer, Cody Simpson, On My Mind.

Youtube: Hailey Baldwin in Cody Simpson’s On My Mind;

Moreover, Baldwin also worked at the 2015 MTV Europe Music Awards in Milan and co-hosted at the iHeartRadio Much Music Video Awards along with Gigi Hadid. She started hosting a television show, Drop the Mic on the rapper, Method Man.

Youtube: Hailey Baldwin in Drop the Mic along with Method Man

Currently, the 21 years old model is dating a Canadian singer and songwriter, Shawn Mendes. The couple revealed about their relationship on their official social networking sites.

Prior to Shawn Mendes, she was in the relationship with renowned celebrities such as Justin Bieber, Cameron Dallas, and Drake.

Hailey Baldwin earns a good sum of money from her modeling career. Besides, she has also collected decent money appearing in the music videos and as co-host. Moreover, she collaborated with many clothing brands which also labeled as #theHAILEYedited collection and UK Footwear brand.

Baldwin owns a makeup collection which was produced by Australian brand ModelCo. As of 2018, Hailey Baldwin net worth is estimated $3 million but seeing her growing success, her net worth is sure to increase in coming days.

Talking about her cars collection, she owns numbers of it which include, Rolls Royce Ghost, Mercedes S Class, Range Rover etc.