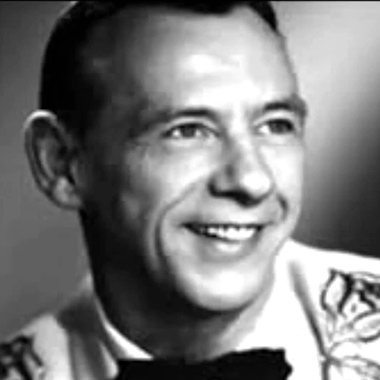 Hank was born on May 9, 1914, in Brooklyn, Nova Scotia, Canada. His birth name is Clarence Eugene Hank Snow. He was born to George Lewis Snow and Marie Alice Boutilier. He is the fifth children of his parents. His family was poor and had financial problems many times. When he was eight years old, his parents got separated. His mother remarried to a local fisherman. His stepfather used to beat and abuse him. He learned to play guitar when his mother ordered a Hawaiian steel guitar.

He couldn’t handle the tension at home so he decided to escape by joining a fishing schooner. He sold his tongues and fish for around $58. When he got the money he ordered a guitar and chord book for $5.95. On August 1930, the schooner he was sailing on got caught in ferocious winds. He said that he was saved by the grace of God!.

Hank then went to live with his mother and his abusive stepfather. He used to go door-to-door and sell the fish to pull his weight financially. He also landed on occasional jobs. He transported passengers and their luggage by horse-drawn buggy. HE helped his father by cutting pulpwood and firewood on his father’s farm in the backwoods at Pleasantville, Nova Scotia. As he was struggling to earn money, he sold his old guitar for five dollars. He was hired by a store owner in the village to paint yellow pinstripes on the wooden spokes of his brand new car. He then bought a new guitar for $12.95. He used to play in the style of Jimmie Rodgers in an old fish house where local men stored their gear. To raise money for charity, he performed in a minstrel show in Bridgewater. He wrote to Halifax radio station for an audition in March 1933. The letter was rejected which made him more determined. Later he visited the station and was hired to do a Saturday evening show. His show had no sponsor so he wasn’t paid for his performances. For a $10 a week he played in Halifax theatres. He then adopted the name, Hank. He occasionally used to appear on the CBC’s regional network.

On October 29, 1936, he auditioned with the Canadian the late 1940s of RCA Victor in Montreal, Quebec. He signed with the label and was with them for more than 45 years. Until late 1940s he used to tour Canada. In 1945 he moved to Nashville, Tennessee. He released his hit “I’m Moving On” in the same year. He also released “The Golden Rocket” and “The Rhumba Boogie”. In 1978 he was elected to Nashville Songwriters Hall of Fame. In the following year, he was elected to the Canadian Music Hall of Fame and the Country Music Hall of Fame. In 1994 his autobiography titled “The Hank Snow Story” was published.

He got married to Minnie Blanche Aalders on September 2, 1935. Minnie used to work in a local chocolate factory. The couple had a son together named Jimmie Rodgers Snow.