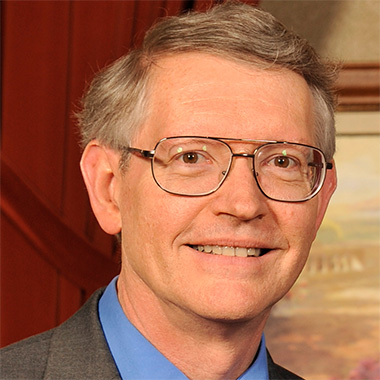 William E. Moerner is an American physical chemist and chemical physicist. He is mainly known for working with his postdoc, Lothar Kador as he achieved the first optical detection and spectroscopy of a single molecule in condensed phases. He was awarded the Nobel Prize in Chemistry in 2014.

William was born on June 24, 1953, in Pleasanton, California. His full name is William Esco Moerner. He was born o Bertha Frances and William Alfred Moerner. In his early days, he became a boy scout with the Boy Scouts of America. He later became an Eagle Scout.

oerner is married to Sharon with whom he has a son named Daniel.

From 1981 to 1988 he worked as a Research Staff Member. He then became a manager in 1988 and later became Project Leader from 1989 to 1995. From 1995 to 1988 he worked at the University of California, San Diego as the Distinguished Chair in Physical Chemistry in the Department of Chemistry and Biochemistry. He then became the Robert Burns Woodward Visiting Professor at Harvard University in 1997.

In 1988 his research group moved to Stanford University. In 1998 he became Professor of Chemistry, in 2003 became harry S. Mosher Professor and in 2005 became Professor by courtesy of Applied Physics at the Stanford University. From 2011 to 2014 he was appointed Department Chair for Chemistry. He is currently researching the physical chemistry, nanoparticle trapping, spectral hole-burning, single-molecule photorefractive and super-resolution microscopy, biophysics, nanophotonics, chemical physics and photorefractive polymers.

He has won a number of awards and is also honored. Some of his awards are such as on April 22, 1985, Eta Kappa Nu awarded him with the National Winner of the Outstanding Young Professional Award. On July 11, 1988, he won IBM Outstanding Technical Achievement Award for Photon-Gated Spectral Hole-Burning. On November 22, 1992, he was awarded the IBM Outstanding Technical Achievement Award for Single-Molecule Detection and Spectroscopy.

He also won the American Physical Society, Earle K. Plyler Prize for Molecular Spectroscopy, American Physical Society, Peter Debye Award in Physical Chemistry, the Engineering Alumni Achievement Award, Irving Langmuir Award in Chemical Physics, Wolf Prize in Chemistry, and Pittsburgh Spectroscopy Award. In 2014 he was awarded the Nobel Prize in Chemistry. On June 17, 1988, he was honored with IEEE. In 2001 he became the American Academy of Arts and Sciences. He also became a member of the American Association for the Advancement of Science.