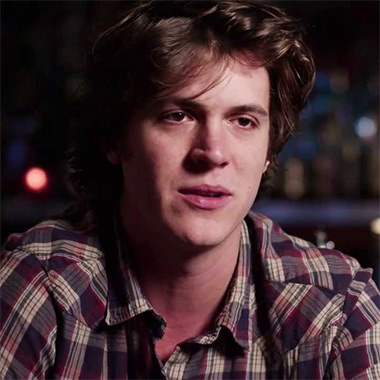 Devin Cuddy is a good looking famous Canadian singer and songwriter. His father name is Jim and mother name is Rena Polley. Jim is a member of the famous Canadian band called Blue Rodeo. Rena is an actress. He also has a younger sister named Emma and a brother named Sam.

He is a young man who use to sit at a battered piano in a dark, cramped club. He has long hair which falls over his eyes. While he is playing with his band, he tosses his curly hair by tilting his head toward the crowd. He is a new generation with rock and roll’s torch. He has a unique sense of fashion. He likes the chase the rhythm with pure heart and soul. While he was in University he used to write many songs. He then started playing gigs at The Cameron House in Toronto.

He always has made music his way to his goal. As he is the son of Canada’s most beloved singer and songwriter Jim Cuddy, he has made country rock as his entire life. His father band Blue Rodeo recorded their firs debut album “Outskirts” in 1987. Since he began playing music he decided to get as close as possible to the sources of all the sounds he loved. He got close to every sound whether it was rock and roll or jazz.

His father played an important role in his life. He taught Devin that the way a musician truly develops their skill is in front of audiences. Cuddy started working at the Queen Street West club in Toronto. He worked there on a nightly basis. He has helped to grow more interest in country music for young musicians.

His band “Devin Cuddy Band” consists of guitarist Nichol Robertson, drummer Zack Sutton, on bass Devon Richardson and Devin himself. He used to write original songs for the band. In 2012 Devin and his band members recorded “Volume One” on Cameron House Records. He was helped by engineer Tim Vesely. Tim is the former member of the Rheostatics. His albums reflect capability and unique lyrical approach. He won the nomination for roots & traditional album of the year at the 2014 Juno Awards.

Devin is mainly known for his songs such as “Signal Hill”, “She Ain’t Crying Over Me” and “I Got A Girl”. His songs like “Afghanistan” and “My Son’s A Queer” gave him some contemporary issues which he never feared to tackle.  He played solo at The Piston for NXENE on June 13th. He also played solo on Cameron St on June 15th.

He is on his way to release his new album. The people who love him are sure to get the taste of his unique talent. We can agree that the future of Canadian music is in good hands.