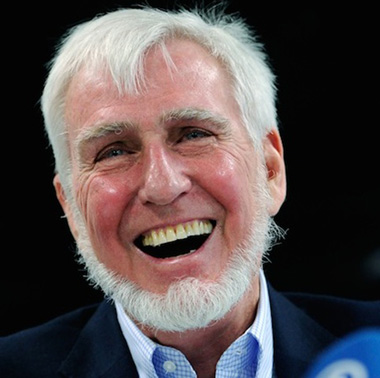 John O’Keefe is an American-British neuroscientist. He is also a professor at the Sainsbury Wellcome Centre for Neural Circuits and Behaviour and the Research Department of Cell and Development Biology at University College London. He is famous for his discovery of place cells in the hippocampus. He has received Kavli Prize for his discovery. With May-Britt Moser and Edvard Moser, he won the Nobel Prize in Physiology or Medicine.

John was born on November 18, 1939, in New York City. His parents were immigrants from Irish. He studied at the Regis High School. He also attended the City College of New York and earned a BA degree. He also attended the McGill University located in Montreal and graduated from there earning an MA degree in 1964. In 1967 he received a Ph.D. degree in Donald Hebb’s Department of Psychology which was supervised by Ronald Melzack. In 1967 he went to University College London. He was also awarded a professorship there in 1987. He holds the citizenship of the United Kingdom as well as the United States.

He analyzed the environmental factors influencing the firing properties of individual hippocampal neurons and discovered place cells with his student Jonathan Dostrovsky. He has also published a book with Lynn Nadel. In his book, he has proposed the functional role of the hippocampus as a cognitive map for spatial memory function. His place has been analyzed experimentally in hundreds of papers.

While he was researching on place cells he found evidence for a distinctive variation of temporal coding of information by the timing of action potentials in place cells.

In 1996 with Neil Burgess, he presented data showing shifts in the position and size of place cell firing fields when the barriers defining the environment were shifted. He presented a model of this phenomenon predicting the existence of boundary vector cells that would respond at a specific distance from barriers in the environment.

In 1992 he was elected as a Fellow of the Royal Society. In the following year, he became a fellow of the Academy of Medical Sciences. In 2001 he was awarded the Feldberg Foundation Prize. He also won the Grawemeyer Award in psychology in 2006. He then won the Federation of European Neuroscience Societies European Journal of Neuroscience Award in 2008. In the same year, he won the Gruber prize in Neuroscience. He worked at the Sainsbury Wellcome Centre for the Neural Circuits and Behaviour as the inaugural director. He also won the Louisa Gross Horwitz Prize in 2013.

In 2014 he shared the Nobel Prize in Physiology or Medicine with Edvard Moser and May-Britt Moser. The University College Cork honored him with a Doctor of Science degree on December 15, 2014. He received the same honor from McGill University in June 2015. He appeared as a guest in The Life Scientific on March 10, 2015.