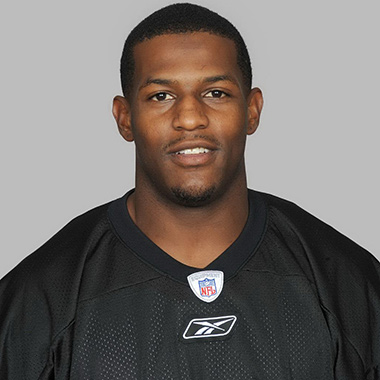 Mike Wallace is an American football wide receiver for the Minnesota Vikings of the National Football League. He played college football for Ole Miss. He has played for the Miami Dolphins.

Mike Wallace was born on August 1, 1986, in New Orleans, Louisiana. His birth name is Burnell Michael Wallace II. He was born to Burnell and Sonjia Wallace.

He studied at the O. Perry Walker High School. While he was there, he played football on both offense and defense. His teammates include New Orleans Saints cornerback Keenan Lewis. He had an outstanding junior as well as senior career. In his senior season, he caught 60 passes for 1039 yards with 19 touchdowns. He was honored with All-State honors as a wide receiver. He was also honored with league and district MVP honors. He earned All-Metro, All-West Bank MVP, and All-league honor.

While he was in high school he was a standout track & field athlete. As a senior, he earned All-State honors in the 100-meter dash. He also ran the anchor leg for the O.P. Walker 4×100-meter day relay squad, as a junior. He completed the race in the time of 41.81 seconds. He also had a 36-inch vertical jump. Rivals.com rated him with two-star. He became the 17th ranked college prospect in the state of Louisiana according to SuperPrep. He has won league MVP, district MVP, and All-West Bank MVP. On February 4, 2004, he committed to Oregon State.

He was offered a scholarship from Oregon State in 2004. He did not join his best friend and high school teammate Keenan Lewis at Oregon State. He decided to follow his high school coach Frank Wilson at the University of Mississippi. In 2005 he played 10 games and in 2006 he played all 12 games. While he was at Kentucky he had 2 receptions for 65 yards. He had two receptions for 36 yards against Wake Forest. He had his first career touchdown on a 55-yard catch from Brent Schaeffer at Alabama. Against Mississippi State, he had one catch for 38 yards.

In 2007 he recorded 716 receiving yards and had two 100 yard games. At 40 yards he caught seven catches and at 50 yards he caught three catches. He became first in the Southeastern Conference. In 2008 he played six games. In those six games, he recorded 39 receptions for 784 yards and seven touchdowns. He caught a 41-yard touchdown pass from Jevan Snead in the 2009 Cotton Bowl against Texas Tech

The Pittsburgh Steelers selected him in the third round of the 2009 NFL Draft.he became the 11th wide receiver chosen in the draft. He signed a three-year contract with Steelers on June 18, 2009. He got $555000 as a signing amount and $1.740 million worth. In 2009 while he was against the Cincinnati Bengals, he achieved his first 100-yard receiving game. He had seven receptions for 102 yards. On December 20 he defeated the Green Bay Packers by 37-36 as he caught a winning pass as time expired. He won Joe Greene Great Performance Award because of the catch he made.