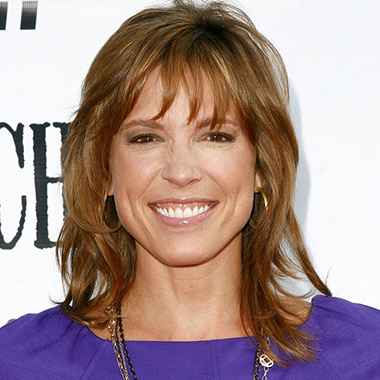 Hannah Storm is an American television sports journalist. She also has worked for ESPN’s SportsCenter Sunday morning with Bob Ley as an anchor. She also has hosted NBA Countdown on ABC.

Hannah was born on June 13, 1962, in Oak Park, Illinois, United States. Her birth name is Hannah Lynn Storen. She was born to sports executive Mike Storen. He was also general manager of Indiana Pacers and president of Atlanta Hawks in the NBA. She attended Westminster Schools of Atlanta and graduated from there in 1979. In 1983 he graduated from the University of Notre Dame with degrees in political science and communications.

In early 1980, Hannah Strom worked as a disc jockey for a radio station in Corpus Christi, Texas. She worked for WNDu-TV while she was at Notre Dame. After completion of her graduation, she worked at KNCN-FM in Corpus Christi, Texas as a disc jockey. She then worked as the drive-time sportscaster at a Houston rock station KSRR 97 Rock. For four years she did a variety of radio and television jobs while she was in Houston. From 1988-89 she worked on WCNC TV 36 as a weekend sports anchor.

On May 10, 2008, she joined ESPN. From 9 am until noon she anchors SportsCenter. Along with Chris Fowler and Mike Tirico, she has co-hosted the 2009 U.S. Open. She also has co-hosted 2010 U.S. Open and 2011 Wimbledon. She covered the 2010 NBA Finals between Los Angeles Lakers and Boston Celtics with anchor Stuart Scott.

Hannah Strom got married to Dan Hicks on January 8, 1994. Dan is a sportscaster. The couple together is blessed with three daughters named Riley, Ellery, and Hannah. As of 2016, Strom’s net worth is estimated to be $1.5 million dollars.

On 11 December 2012, she suffered from second-degree burn to her chest and first-degree burns to her neck and face. During the accident, she lost her eyelashes, eyebrows, and half of her hair. She was treated at Westchester Medical Center in Valhalla, New York. On January 1, 2013, she returned to the air.?