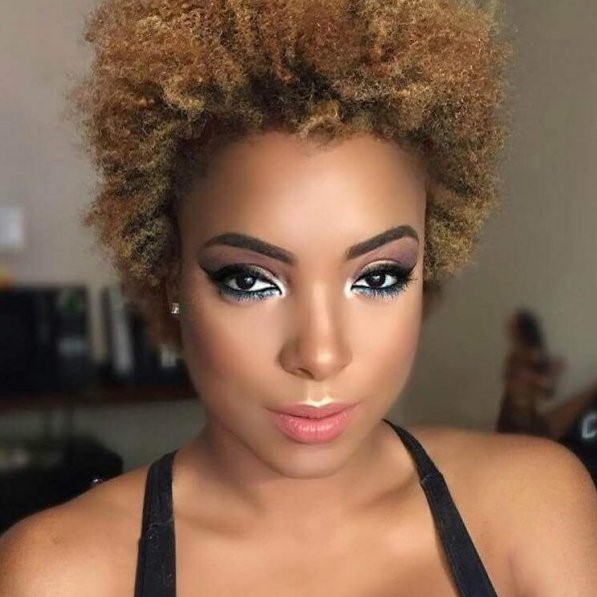 Hencha Voigt is a fitness professional and model, well known for being an E! Network reality television personality from the show “WAGS Miami.” She was also a guest star in an episode of HBO’s Ballers.

Hencha Voigt had an affair with Glen Davis after they were spotted together in Orlando club. She also dated Zab Judah, Julius Peppers, and Colin Kaepernick.

Hencha Voigt was born on 11th November 1987, in New-York. She and her older brother, Marioviau was raised in their parents native Port-au-Prince, Haiti, where Voigt was a happy and fulfilled child, who took ballet courses from age 3.

She went to Miami, Florida at the age of 17, due to political unrest and social turmoil in Haiti. After finishing her 12th-grade in Florida, Voigt went to New York. She attended Saint-Johns University after graduating high school at Dr. Michael M. Krop Senior High school in 2006. During her teenage years, she naturally arose as a multi-talented athlete shining in different fields of activities including boxing.

Voigt started her modeling career as a Coogi model after being discovered by the owner of FUBU. She was the Spokes Model for Dress to Kill, LLC and Spokes Model for Perfect My Silhouette. She ran the walkway for featuring the finest fashion and designers such as Jim Jones clothing line and Miami Swim Week (Ms.Lila Nikole).

In 2012, Voigt participated in the Miss Haiti INTERNATIONAL PAGEANT, which was held in Paris, France and won 3rd place which opens the door for her to any Miss Universe upcoming pageant. Then, she became a contestant representing Haiti in the Miss Global 2013 pageant on 4th August 2013.

As an actress, she appeared in movie “Basketball Girlfriend” in 2014 which was directed by Jean-Claude Lamarre. She is also made her appearance on one episode of HBO show “Ballers” by the Rock.

She appears on E! Network reality television show “Wags” which was premiered on 2nd October 2016. She is the original cast member of Miami version of Wags along with other seven ladies named, Metisha Schaefer, Astrid Bavaresco, Vanessa Cole, Darnel Nicole, Ashley Nichole Roberts, and Claudia Sampedro.

Voigt was arrested and charged with extortion after allegedly threatening to leak nude photos of Snapchat star Julieanna Goddard in 2016. The police arrested her along with partner in crime Wesley H Victor. At the time of detention, she admitted to the crime and also the phone used for extortion was found in their possession. She later recanted and tweeted that the truth would be out.

Hencha has been in a relationship with the best athletes as well as sports stars at times. She has covered both the NBA and the MLB and when it comes to dating, she has linked to members of the Boston Celtics, Miami Heat, and Miami Marlins.

In 2013, she had an affair with Glen Davis after they were spotted together in Orlando club. She also dated Zab Judah, Julius Peppers, and Colin Kaepernick.

She is enthusiastic about her work and persists eager to advance her professional career through arduous coming projects and ventures. Her aspiration is to succeed in what she does best which is to empower young women, set an example for others and encourage them to follow their dreams – whatever they are – and reach their goals.

Hencha suggests motivational speeches and conferences to audiences of young minority women as part of her social and community activities. Her favorite quote often shared with her audience reads as follow: “Before getting to be the candle that sheds the light be the mirror that reflects it.”

Hencha holds an American nationality and belongs to Haitian- American ethnicity. She has a seductive body measurement 36-27-40 inches. The 5′ 8″ beauty is also active on social networking sites. Drawing on her fame and success in the fitness world and on social media (over 40 K followers on Instagram).

She is earning her handsome salary from her successful career which adds up her current net worth of $1.5 million. Her most of income source hails from her modeling and acting career.