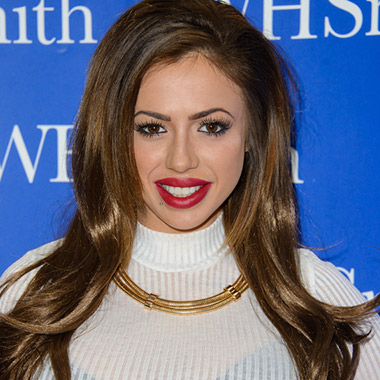 Holly Hogan is a very bold, hot and sexy English television personality. She is also an aspiring singer from Thornaby-on-Tees. She is mainly known as she stars in the MTV series Geordie Shore. Holly was born on July 7, 1992, in Thornaby-on-Tees, England. Her birth name is Holly Victoria Hagan.

She worked for HM Revenue and Customs before Geordie Shore. She also worked in sales at a Santander call center. She had a hope of launching herself into a career as a glamor model. She quit her job as she secured the place on the how after applying. She has featured in many men’s magazines which include Nuts. She did a photoshoot with fellow cast mate Vicky Pattison. She also has done a photoshoot by herself on several occasions. She appeared on the cover of both the UK’s Loaded and FHM. She also posed naked for a photoshoot with the magazine in July 2012 which was her first naked photo shoot. She also appeared nude in a photoshoot for OK! and Heat where she showed her 3 stone weight loss.

She is also infamous for her fling with Frankie Cocozza who is the former The X Factor contestant. In November 2011 he was famously axed from the show for drug use after one fling with Holly. The couple was caught kissing after a night out of which the story was released in many newspapers. In an interview with Caroline Flack and Olly Murs on The Xtra Factor, Frankie claimed that he have banged Holly and there is nothing more going to come from it. Holly’s Geordie Shore castmates showed their anger via Twitter because of the comments made by him.

Her remix of the song “Milkshake” was successful on the track list of Clubland 25 in Summer 2014. She also has an online fashion named Yours Faithfully. She has a line of hair extensions. When she was 18 years old she appeared on MTV series Geordie Shore in 2011. “I’m fit, I’m flirty and I’ve got double F’s.” was her opening quote on the show. She featured in every episode of all ten series of the show except episode four of the first season. Her most notable ‘clash’ was with Marnie Simpson in the seventh series as they two got into an altercation. She said that they don’t speak, in an interview with UK Now Magazine. She celebrated her 21st birthday in the seventh season

She began a romance with Kyle Christie in the series 9. Kyle is also a cast member of the Geordie Shore. In Season 10 she enters the house with Kyle. They made their relationship official in October. The couple is currently dating each other and is boyfriend and girlfriend. She is gorgeous and hot. She looks extremely sexy flaunting her sexy curves in a bikini. As of 2016, Holly Hagan’s net worth is around $500, 000 dollars. Her body measurement: 34-27-34 inches.